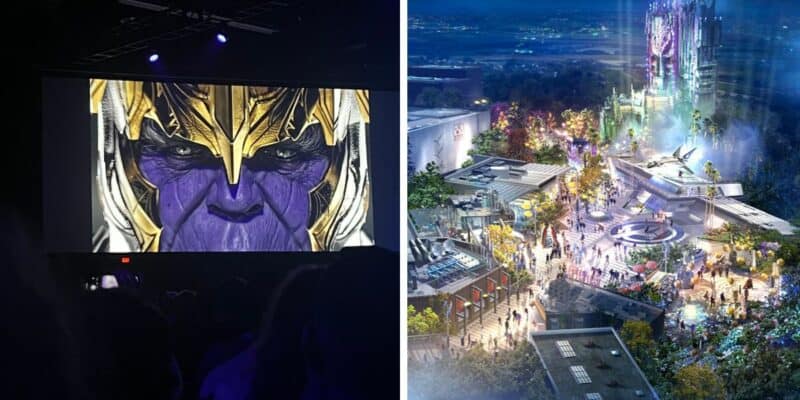 Today at Disney’s D23 expo, it was just revealed that a brand-new attraction is coming to Disneyland’s Avengers Campus. The ride will feature a brand-new villain in the MCU, with King Thanos as the antagonist of the story. This is a Thanos that “won” his battle against the Avengers.

Below is some concept art that Disney revealed:

We do not know much about this ride at the moment, but it is promised to include tons of Marvel characters, thanks to the Multiverse, something that has been introduced in the Marvel films, Disney+ shows, and now, the Disney theme parks.

While visiting Avengers Campus is already a super experience, with all the new projects coming to the ever-expanding Marvel Cinematic Universe, Disneyland has quickly made all sorts of improvements to the highly immersive land. From the arrival of new heroes like Moon Knight, Scarlet Witch, America Chavez, Ms. Marvel, Shang-Chi, and Mighty Thor to exclusive limited items celebrating the release of the latest MCU film or series.