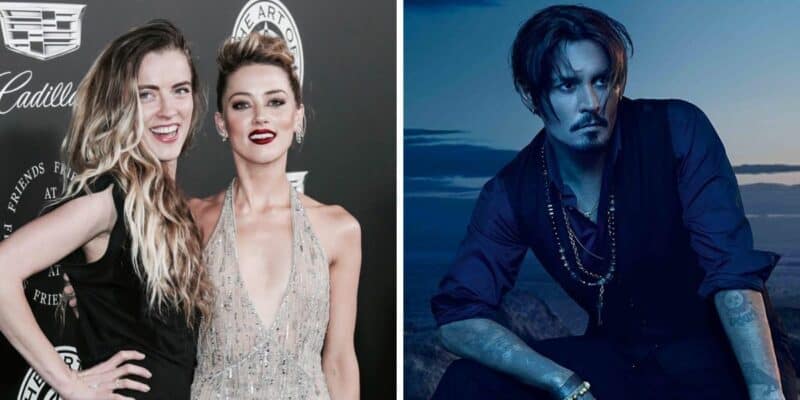 The 2022 MTV Video Music Awards, which took place at the Prudential Center in Newark, N.J., were filled with memorable moments, amazing performances, and surprise appearances.

One of those surprise appearances was from Pirates of the Caribbean actor, Johnny Depp, who is now getting a ton of backlash from Amber Heard supporters.

During the VMA’s, many fans of the actor were ecstatic and surprised when they spotted Depp’s augmented-reality face on the helmet of a giant Moonperson floating in the air. “You know what? I needed the work,” Depp said.

The VMA’s cut to a commercial break, but when it returned, Depp was still floating in his astronaut suit, to which he then said “Hey, VMAs, let’s get back to the f***ing music, shall we?”

Others, however, were not happy to see the Edward Scissorhands actor appear — including Amber Heard’s sister.

Whitney Heard, 34, reacted to the Johnny Depp appearance on her Instagram Story, saying “I stand with Amber Heard” and sharing a graphic that renamed the VMA’s to the “DVMA’s,” a possible reference to domestic violence.

“@MTV you’re disgusting and clearly desperate! I really hope that none of the people that made this call have daughters…,” she wrote.

This was first “public” appearance since the Amber Heard vs Johnny Depp defamation trial.

The trial ended on Wednesday, June 1, where the jury found Ms. Heard defamed Mr. Depp by publicly accusing him of domestic abuse. The jury found that Mr. Depp proved Ms. Heard lied about her allegations.

Were you excited to see Johnny Depp at the 2022 VMA’s months after the Amber Heard trial? Or do youo agree with Whitney Heard? Let us know in the comments below.