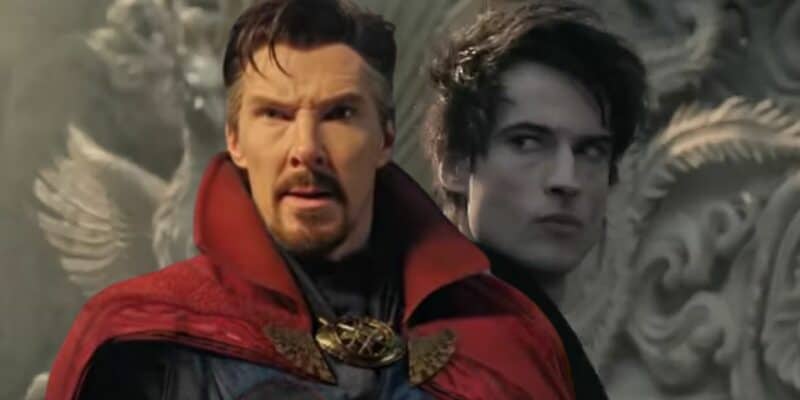 For a long time, Marvel Studios has dominated comic book media. The DCEU has been floundering for years and may be on its way to self-imploding after the Warner Brothers Discovery merger. But Netflix is rising to meet Disney+ in the comic book space with their new hit show The Sandman, starring Tom Sturridge as Lord Morpheus/Dream the Endless.

Marvel Studios may be the biggest name in comic book movies since Iron Man (2008), but they have struggled with television programming. Until recently, Marvel Television was not directly under the purview of Marvel Studio’s president Kevin Feige. This is why fans debate if something the past shows like Agents of SHIELD and Netflix’s Defenders saga are cannon to the Marvel Cinematic Universe.

Netflix might be mourning the loss of its Marvel television shows, which included Daredevil, Jessica Jones, Luke Cage, Iron Fist, The Punisher, and Defenders. Luckily, they have other comic book shows like The Umbrella Academy to fill the void. And now they have a smash hit comic book show on their hands with The Sandman, of which the first season began streaming on August 5, 2022.

According to Variety, the adaptation of Neil Gaiman’s most famous comic book was watched for 69.5 million hours in its first three days of availability on Netflix, landing in the number one position on the streamer’s Top 10 rankings during the Aug. 1-7 viewing window.

The Sandman has earned the “Certified Fresh” ranking on Rotten Tomatoes, with an 85%. The show stars Tom Sturridge (Pirate Radio) as the mercurial Dream King. Joining the cast is Jenna Coleman (Doctor Who) as Johanna Constantine, Gwendoline Christie (Game of Thrones) as Lucifer Morningstar, Kirby Howell-Baptiste (Cruella) as Death, Boyd Holbrook (Logan) as Corinthian, Davis Thewlis (Harry Potter) as John Burgess and Patton Oswalt (Ratatouille, Eternals) as Matthew the Raven.

Despite that success, Netflix has not officially announced that The Sandman will return for Season 2. Neal Gaiman, one of the show’s co-creators alongside David S. Goyer and Allan Heinberg, said he’s already picking actors for Delirium and Destruction in Season 2.

The show is based on The Sandman (1989-1996), written by Neil Gaiman and published by DC Comics. Its artists include Sam Kieth, Mike Dringenberg, Jill Thompson, Shawn McManus, Marc Hempel, Bryan Talbot, and Michael Zulli, with lettering by Todd Klein and covers by Dave McKean. Netflix officially describes the show as:

“After years of imprisonment, Morpheus — the King of Dreams — embarks on a journey across worlds to find what was stolen from him and restore his power. Watch all you want. Neil Gaiman co-developed and executive produced this adaptation of his iconic comic series starring Tom Sturridge as Dream.”

When the Marvel Cinematic Universe shows began streaming on Disney+ with WandaVision, it seemed like a sure bet that the MCU would have massive television hits just like it did with its Marvel movies. When the first few series dropped on Disney’s streaming platform, there was limited competition in the comic book show space.

DC dominated for a while with their Arrow-verse, which included Arrow, Flash, Supergirl, Batwoman, Black Lightening, and Legends of Tomorrow. But these have all been canceled or will be over soon, with Grant Gustin’s Flash television show getting a short season 9 to wrap up its story. The only DC shows remaining on the CW are Star Girl and Superman and Lois, both of which take place outside the Arrow-verse. The CW does technically have one other comic book show, Riverdale, though it bares little resemblance to the Archie comics it is supposedly based on.

However, Marvel Studios has been struggling to maintain its numbers as it falls into a slump. Other studios are gaining ground, including Amazon’s Prime Video, which also had big hits with The Boys, Invincible, and Paper Girls. And shows like The Falcon and the Winter Soldier, What If…?, Loki, Hawkeye, Moon Knight, Ms. Marvel, and She-Hulk may not stand up to the competition. The most popular Marvel TV show on Disney+ was Loki, with 2.5 million households that watched the series premiere within the first five days as of June 2022. Second, came The Falcon and the Winter Soldier and Moon Knight, both at 1.8 million views. They were followed by WandaVision at 1.6 million, Hawkeye at 1.5 million, and Ms. Marvel at 0.78 million.

Let us know if you have seen The Sandman on Netflix in the comments.