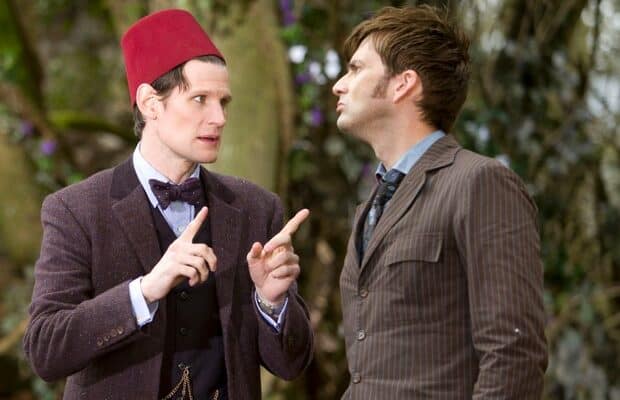 Disney is reportedly in talks with BBC to have Doctor Who streamed on Disney+.

BBC has had the exclusive right to the fan-favorite Sci-Fi series since 1963, but Doctor Who going on Disney+ might be a good move for BBC. Disney wouldn’t be the rights to the franchise, but it would have the international streaming rights for the series.

Right now, BBC has partnered with HBO Max to have Doctor Who streamed across the globe, so if Disney+ gets ahold of the series, it will be an additional reason for some fans to subscribe to Disney+ rather than HBO Max.

This report comes from Bloomberg as they explain how the situation might go down, but nothing is certain just yet as BBC might end up calling off the deal:

There is no guarantee that the two will reach a deal making Disney+ Doctor Who’s new streaming home, according to anonymous sources privy to the potential deal. If the deal goes through, Disney fans and Whovians alike may see the sci-fi show air on the Disney+ streaming platform as well as through BBC. Doctor Who has aired almost exclusively through BBC since the show premiered in 1963 and has been housed sporadically on different platforms for global viewers, its current streaming home being the Warner Bros. Discovery-owned HBO Max.

This would be a huge move for Disney+ as it brings in more consistent viewers, and it could be finalized before Doctor Who‘s 60th anniversary which would bring in considerable viewership if the show was on Disney+. It’s no surprise that Disney wants to maximize their streaming revenue as they continue to push Marvel and Star Wars content as soon as possible despite fans wanting some projects to be delayed to look better.

VFX teams have reportedly admitted that working for Marvel is a “nightmare” and is the last place some artists want to work due to the tight deadlines and grueling work. Doctor Who has undergone many changes after Peter Capaldi’s Twelfth Doctor. Jodie Whitaker made history by being the first female iteration of the Doctor, and now, Ncuti Gawa will be the fourteenth Doctor and the first black actor to be the Doctor.

Related: All the Details of the New MagicBand+ at Walt Disney World

As of right now, a new Doctor Who special will premiere in 2023, but seasons 1-13 are available to watch on HBO Max.

Do you want Disney+ to include Doctor Who in their roster of shows? Let us know what you think!