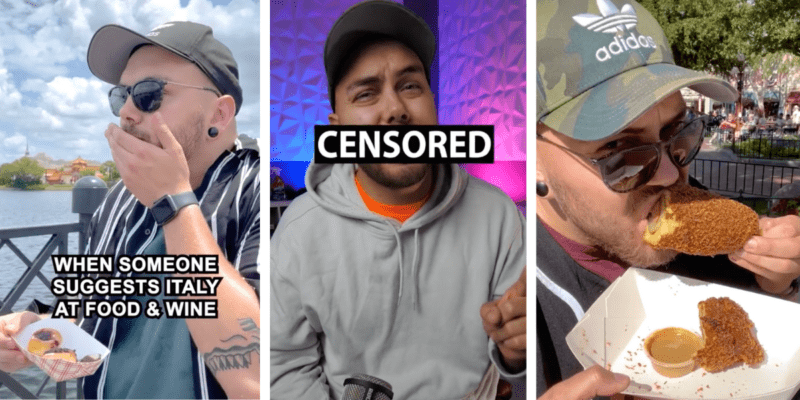 Disneyland Resort might be the “Happiest Place on Earth,” but anyone on a Disney Parks vacation knows it isn’t always so happy! Things go wrong; Guests get cranky, and, sometimes, experiences aren’t all they’re cracked up to be.

Many Guests rely on Theme Park influencers that review experiences at Walt Disney World Resort, Disneyland Resort, Universal Studios Hollywood, and Universal Orlando Resort to decide what they’ll spend money on for their own vacations. But problems come when those influencers aren’t honest about their experience. TikToker @fortheloveofthemeparks shared his thoughts on this phenomenon:

“If you’re a content creator who avoids giving bad reviews for products, services, or food, you are cheating your audience out of their money,” he explained. “A vast majority of viewers within my niche are watching this content to learn and prepare themselves for future Disney or Universal trips. And for some, these trips are once in a lifetime. It costs a sh*tton of money to go to Disney.”

The creator shared footage from trips to the International Food and Wine Festival at EPCOT, Cozy Cone Motel at Disney California Adventure, and other Theme Park experiences.

“Don’t let hardworking Theme Park fans waste their money like you did,” he urges. “I know what you’re going to say. ‘Well, companies won’t want to work with me then.’ Bullsh*t.”

According to the creator, his most popular videos are bad reviews, and he continues to get sponsorships from major companies, even Theme Parks.

“Honesty is one of the most powerful tools in your arsenal,” he said. “Use it.”

It might seem fun to visit and review Theme Parks for work, but “Disney Adults” and Disney Influencers have been the target of intense backlash on social media over the past few months. Sometimes, it’s been for something as innocuous as crying while hugging Pluto at EPCOT.

However, in another incident, fans petitioned The Walt Disney Company to ban two Disney influencers from Disneyland Resort in June after allegedly admitting to going to a Disney Park while sick. They later showed negative COVID-19 tests.

Being honest about your Disney Park and Universal Studios experiences is always best. It’s the only way for things to improve!