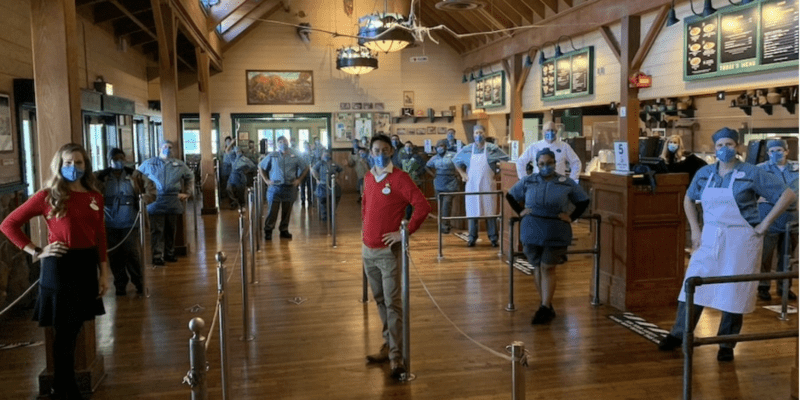 One Guest recently shared their shocking interactions with Disney Cast Members with us, indicating Disney is going through changes.

The Cast Members at Disney can really make or break your vacation, offering Guests some truly out-of-this-world service. We have seen Disney Pak Cast Members give Guests some truly incredible experiences and magical moments that will live on forever. While their job may be to make sure Guests are loaded onto Space Mountain correctly or to announce that the Carousel of Progress is about to start, they also have the very special job of providing magic to all Guests that visit the Parks. Cast Members can truly change a normal day at Disney into a magic-filled experience that will last a lifetime.

Unfortunately, this is not always the case as sometimes Guests can encounter Cast Members who they would call “rude” or “unhelpful”.

Eddie M. shared the very disappointing experience they had at the Walt Disney World Resort recently, indicating the changes being made at Disney can be felt through the Cast Members.

Eddie M. says that they were entering the Magic Kingdom and headed toward the part where you scan your Magic Bands.  They claim that the Cast Member at the post was “waving to me to head towards her as I was waking up, or so I thought. I hurried towards her smiling when I got there she shushed me aside for someone she knew who was standing behind me, who she was actually signaling to”.

Eddie M. at first thought this was no big deal until a little while later when they headed up to a Cast Member to ask a question. “as I got closer she answered her cell phone. And gave me the “one-second” finger sign. While she talked and walked away a bit. She came back after a few seconds, couldn’t answer my question or point me in the right direction”.

The last encounter saw Eddie M. attempting to ask a question and getting a very stern response back. They claim that “because of all the changes, [I was confused on] how to order food on the app since I couldn’t just order a hamburger at the register anymore. They tried asking how the process worked and were told, “it’s on the app” with no further explanation.

Eddie M. acknowledged that none of these situations were “earth-shattering”, but stated how when you combine them with all the changes to the Parks, the added prices and lowered quality, and the “horror show that is the lightning passes”, the overall experience is now lessened.

“It’s losing its Magic. I wish it wasn’t. I’m a DVC member, been coming here since the 1980s, it was my favorite place”.

We covered a story recently where Guests were told “figure it out” and “I don’t care” by Cast Members. We also reported on a story about a Cast Member “ruining” an experience for a Guest a few weeks ago.

While all of this may sound alarming, most of Disney’s Cast Members are always fantastic, going the extra mile to make some magic.

Have you encountered rude Cast Members at Disney?