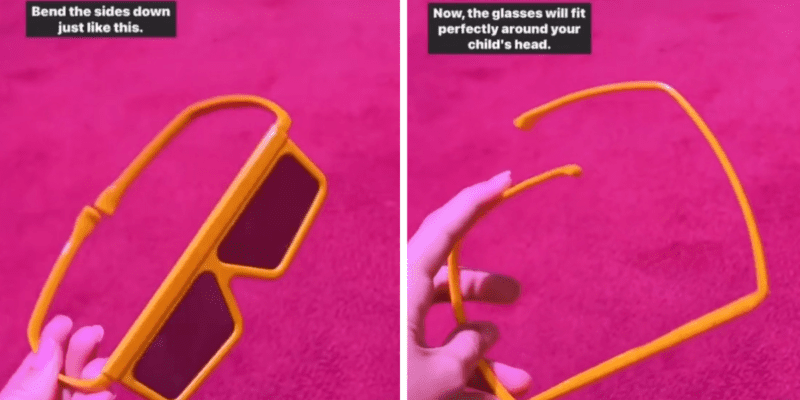 “Disney Adults” have been the target of intense backlash on social media over the past few months. Sometimes, it’s been for something as innocent as crying while hugging Pluto at EPCOT. But in another incident, two Disneyland Resort influencers were faced with a petition to ban them from the Disney Parks in June after they allegedly admitted to going to a Disney Park while sick. They later showed negative COVID-19 tests.

Many Disney Parks fans feel that social media has “ruined” Disneyland and Walt Disney World Resort, making once-secret spots crowded. Others have forced policy changes at the Parks after encouraging Guests to get “dress-coded” for a free tee shirt.

This week, Disney Influencer Bri Petrarca (@darlingdreamco) went viral for a “hack” she shared on her Instagram Reels and TikTok. Petrarca has over 27,000 followers on Instagram and nearly 5,000 on TikTok. She and her husband sell Disney clothing and share their family’s trips to Disneyland and Walt Disney World Resort.

In the now-deleted video, which @pineappleprincess340 shared on TikTok, Petrarca suggests bending 3D glasses, such as those on Toy Story Mania, at the Disney Parks, so they fit children’s heads better. This was controversial because the plastic can’t be bent back, meaning that the glasses would immediately have to be filtered out and thrown away:

My recommendation is that you dont take this advice please. Be considerate of the CMs and disney property. #disneyparks #disneyhacksandtips

This TikToker explains that she is a former Cast Member and current childcare provider before condemning Petrarca’s hack:

“One, as someone who is a childcare provider and does, in fact, work with little ones, they will be fine. I promise you. Although, it would be nice if Disney made child-size glasses for their 3D shows. Two, as a former Cast Member, I know this is a pain in the a**. Like, please don’t do this and make more work for these Cast Members. They’re already dealing with so much.”

She says she knows people will ask, “why the f**k do you care? Disney cares about money.”

“Well yeah, that’s not affecting the higher-ups. That’s affecting the lower people down who work in the Parks daily who only get, like, $9.75 an hour,” the former Walt Disney Company Cast Member explains. “So maybe let’s consider what we post as hacks and tips before we post them online.”

Commenters agreed. @jeniferscout13, a former Toy Story Mania Cast Member, wrote, “Just flip them upside down, they’re designed to fit them that way. If we get glasses like that we gotta damage them out.”

“We used to cry when we would get a basket of these back,” said a Disney’s Animal Kingdom Cast Member (@hillary_ever_after) who worked at Avatar Flight of Passage, another 3D ride.

Another former Cast Member said that while it’s expected that some glasses will need to be recycled due to wear and tear, they’re not meant to be bent this way. @amand_alor wrote:

“Exactly, ive seen videos of people “sticking it to the big man” but their really just screwing over the minimum wage workers,” @mackenzieneal339 wrote.

Initially, Petrarca explained that Disney sorts through the glasses, only leading to more backlash. After archiving the videos at first, she eventually deleted them entirely. Petrarca hasn’t commented further on this situation.

Do you think bending 3D glasses at the Disney Parks is an acceptable “hack?”