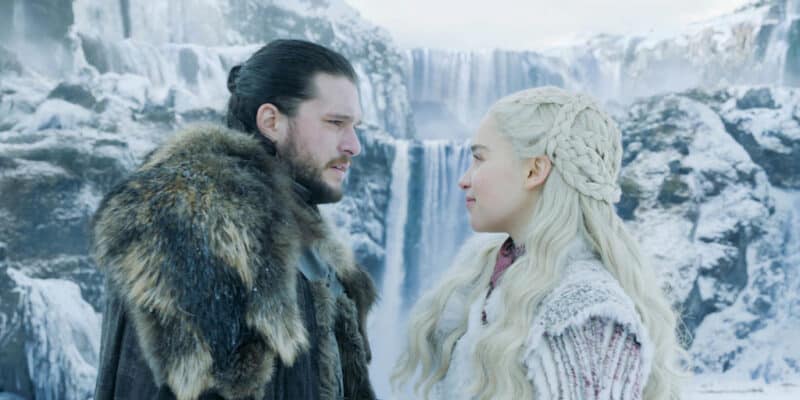 HBO’s legendary series Game of Thrones and The Walt Disney Company have had their fair share of crossover over the years, specifically in the Star Wars galaxy and the Marvel Cinematic Universe.

Now that House Targaryen prequel, House of the Dragon, has officially debuted to rave reviews, Game of Thrones fans can’t wait to see what’s next for the franchise — and it seems that the long-rumored Jon Snow sequel series might actually be happening.

Some eagle eyed fans recently spotted a clue that indicates the show is actually well underway, though there has yet to be an official announcement from HBO. The hint was originally pointed out on Reddit, where user r/mamula1 wrote:

Daniel West who was writer and producer on Gunpowder (2017) together with Kit Harrington has this on his profile. So as we expected he is probably working with Kit on Jon Snow’s sequel. And we have confirmation that this will be limited series.

Daniel West who was writer and producer on Gunpowder(2017) together with Kit Harrington has this on his profile. So as we expected he is probably working with Kit on Jon Snow’s sequel. And we have confirmation that this will be limited series. from FreeFolkNews

One commenter quickly noted that the fact that West’s name is now attached to the rumored series makes it all the more likely to happen, as he and Harrington, 35, are real-life best friends:

Daniel West is also Kit’s best friend. They shared a house for ten years. This was discussed when the rumor first came out, that West would most likely be a part of the writing team, as he has been Kit’s writing partner and is co-owner of their production company, Thriker Films. This was further given legitimacy when Martin spoke of Kit’s “team”, and a sighting from a fan last year, when Dan and Kit were on their way to a pitch meeting in NYC.

But you know what? Limited series doesn’t mean much these days. I am sure they sold the idea as a single season. If HBO greenlights it and it is successful, I don’t doubt they will ask for more.

Again, it is important to note that nothing about Snow has been officially confirmed, but all signs are pointing to the fact that fans who didn’t get enough of their favorite Game of Thrones characters after eight seasons still have a lot to look forward to in the coming months and years.

It is worth noting that, unless there are numerous flashbacks, cameo appearances in the purported Snow project will be limited, as many characters died over the course of the long-running original series.

More on House of the Dragon

The official description of the first Game of Thrones spinoff series — which has already been renewed for Season 2 — reads:

Are you excited that Snow seems to be happening?