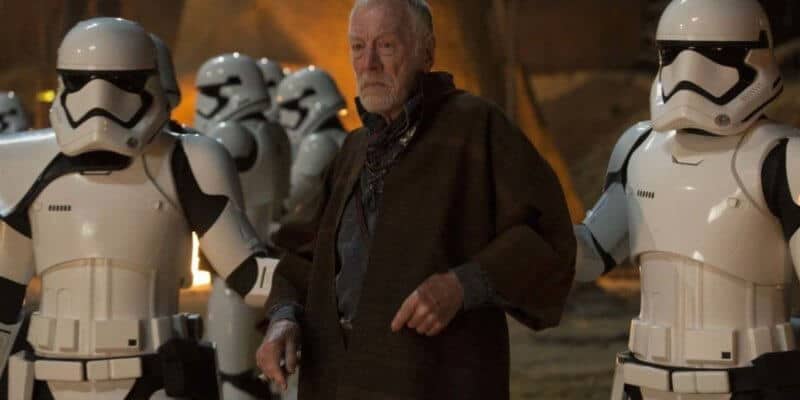 Do you remember that random old guy at the beginning of Star Wars: The Force Awakens? The guy who gives Po the missing piece of the map, makes the first reference to Princess Leia and is brave enough to stand up to Kylo Ren?

While his Star Wars character, Lor San Tekka, remained clouded in mystery which we don’t really get good clarification of, his real name and acting career is worthy of Hollywood legend. His name was Max Von Sydow, and he’s played a major role in some of the most iconic movies and television series throughout his life. He passed away on March 8, 2020.

“It is with a broken heart and with infinite sadness that we have the extreme pain of announcing the departure of Max von Sydow, on March 8, 2020,” read a statement from his widow Catherine von Sydow.

Born in Sweden on April 10, 1929, Von Sydow began his film career in his 20s, making his screen debut in the Swedish film Only a Mother. His big break came afterward, landing a role in Ingmar Bergman’s film The Seventh Seal. It was the first of 11 films Von Sydow would make with Bergman.

Probably his most iconic role came in 1973 when he played the Exorcist, Father Lankester Merrin in The Exorcist. The horror classic is considered to be the most important horror film of all time. More recently, he immortalized himself as the Third-Eyed Raven in Game of Thrones. He also provided the voice for Klaus Zeigler on The Simpsons.

But Max Von Sydow was no stranger to science fiction when he took on his small yet presumably significant role in the Skywalker Saga. He also made appearances in films such as Emperor Ming in Flash Gordon, King Osric in Conan the Barbarian, and Dr. Kynes in Dune. He also voiced the character Vigo in Ghostbusters II.

In each role he took, he carried a confident, knowing, and almost-mystical presence on camera. You saw his character and wanted to know more about his backstory and were frustrated that you didn’t get it. He was a cinematic treasure and will be greatly missed. The Swedish actor is survived by his two wives and his four sons.

Related: “God gave me the part.” After-Death Note from Carrie Fisher Found by her Brother

Were you a fan of Max Von Sydow? What was your favorite role he played? Let us know in the comments!