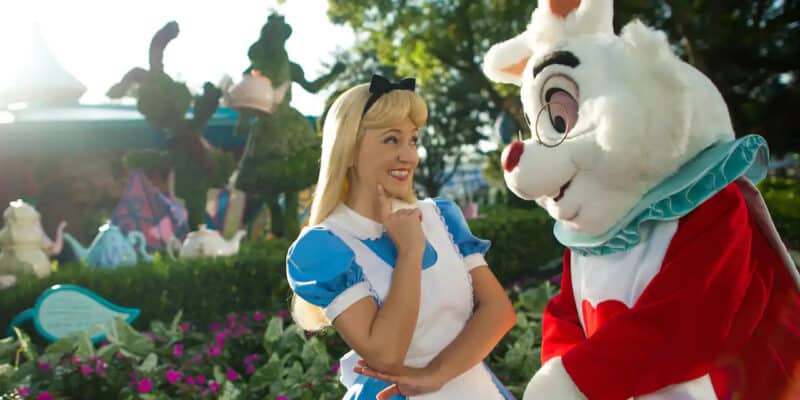 If you’ve ever visited any of Disney’s six theme park properties — Walt Disney World Resort, Disneyland Resort, Tokyo Disney Resort, Disneyland Paris, Hong Kong Disneyland, and Shanghai Disneyland — you undoubtedly know that, despite the Parks’ differences, there are certain magical similarities that exist around the world.

One thing you’ve probably noticed, no matter which Disney property you visit, is that there is thematically appropriate music everywhere — each land has its own unique soundtrack that adds to the ambiance for Guests.

However, unless you’re paying very close attention, you probably haven’t noticed that there’s one spot in any Disney Park worldwide that doesn’t have any music whatsoever.

In a recent article, a Cast Member explained:

“Every ‘land’ in the parks has its own unique soundtrack, and when you transition between lands, the music is a cross between what you hear in both lands so that’s it seamlessly transitions. Except between Tomorrowland and Fantasyland, as there is no natural way for those soundtracks to blend. So outside of the Tomorrowland Speedway is the only place in any Disney park where there is no music.”

At Walt Disney World’s Magic Kingdom Park, this is the space between Tomorrowland Speedway, Cosmic Ray’s Starlight Cafe, and the Mad Tea Party.

Who knows? This fun piece of Disney trivia may come in handy next time you’re playing Jeopardy or doing trivia night at your local sports bar.

Drivers, Start Your Engines!
Take the wheel of a gas-powered car and strap yourself in for an exciting and scenic drive. As the checkered flag is waved, you’re off!

Did you know there’s no music outside of the Speedway?