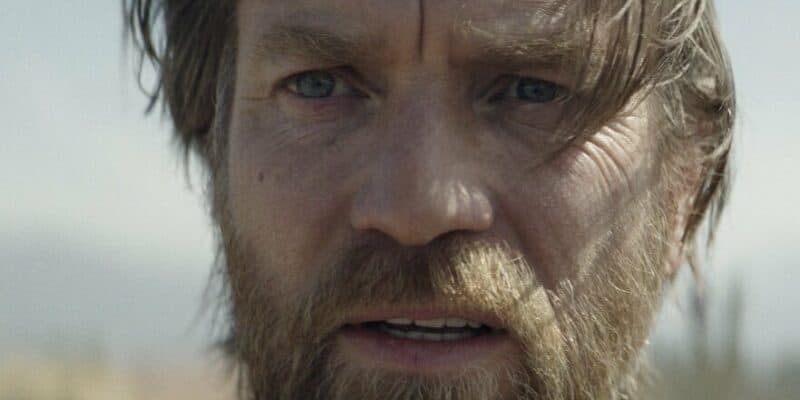 After hearing everything that was scrapped from Obi-Wan Kenobi, it’s not easy to hear that the series was also possibly rushed.

Ewan McGregor’s return was something fans have been wanting for a long time. Seeing Obi-Wan grapple with the tragic ending of the Clone Wars and learning that his former apprentice, Anakin Skywalker was alive was great to see in the series.

Hayden Christensen reprising his role as Vader/Anakin was amazing and fans wished they could’ve seen more of the two together before the season came to an end. On top of this, Stuart Beattie revealed that his script for the scrapped Kenobi film would’ve had Vader win the final duel and also bring in characters like Commander Cody to aid Obi-Wan.

In a recent interview, Obi-Wan Kenobi production designer Todd Cherniawsky revealed that their filming schedule was very tight as they only had 100 days to prep everything for the series before filming started:

“But you’re moving at such a fast pace. I know 90-something days sounds like an incredible number, but you’re moving so fast. And when I started the show, which was the fall of 2020… and then we went to camera in the late spring of [20]21. That five and a half/six months of time, when you start to do that math, so let’s say it’s five times four, it’s 20 weeks, 22 weeks… times five days, you’ve got about 100 days of prep. And on a 100-day shoot, you’ve probably got, at least on that Star Wars show, we had about 100+ sets. So that means every day, you have to design, build, paint, light, and finish a set. Now obviously, that’s not the way it works, ’cause you have ’til the end of the schedule. But when you start actually putting it up on the calendar, it’s frightening at the level of which you have to check these boxes.”

Cherniawsky continued by sharing about some of the obstacles they would face while filming and how that impacted their daily schedule, but they somehow managed to work no more than 12 hours a day for the most part thanks to Deborah Chow:

“Well, a typical day is 12 hours, whether that’s prep or shooting. I mean, Deborah is a wizard at being able to carve a day out that didn’t get too long. We had a handful of very long days, but for the most part, we always kept it to 12 hours. When working with a child, you know, Vivien [Lyra Blair] has to be in and out of set time within a very specific window… So we can start the day early, work with Ewan [McGregor] in the morning and a handful of other actors, bring Vivien in, shoot her out, and then continue. Or start with her first thing in the morning when she’s really fresh and bright and well-rested.”

This filming schedule is fairly common for a television series, but Obi-Wan Kenobi did use more props and has more extensive visual effects than a normal TV series. With this in mind, Kenobi was probably rushed since they could’ve used more time to make everything look more polished.

Obi-Wan Kenobi also used a lot of iconic characters from the Skywalker Saga so it would’ve been nice if the series took the extra time to make sure everything not only looked great but that the action in every scene felt right. Most fans complain about the chase scenes in Kenobi — especially the one where Leia is running away from the mercenaries — and when Obi-Wan hides Leia under his trench coat in Episode 4.

These moments detracted from the series as fans were puzzled at the logic used for these scenes, but the tight filming schedule could be blamed for allowing Star Wars to cut down on some of the action and runtime in order to get the series out as soon as possible.