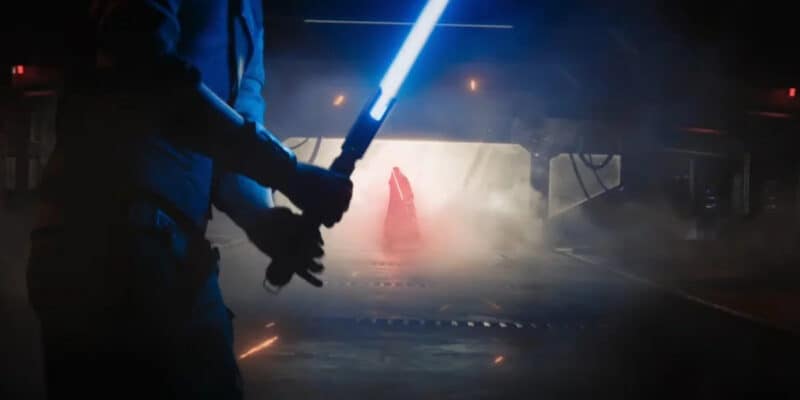 For months, fans didn’t know much about Cal Kestis’ next adventure in Star Wars. Even after the first teaser trailer for the upcoming video game, fans have way more questions than answers. So far, fans know that the story is set 10 years after Star Wars: Episode III — Revenge of the Sith (2005).

This is set at the same time as Obi-Wan Kenobi, meaning that the game could easily make some references to what Darth Vader is doing with the Grand Inquisitor. While the first game, Jedi: Fallen Order, showed fans some more Inquisitors, it’s very possible that the sequel will delve deeper into what the Inquisitors will be up to and bring in more Jedi Hunters for Cal to fight.

Playstation created a new page for the game so that fans could add the game to their wishlist when it eventually goes up for preorder. This page also accidentally included the release window for the game, confirming that it should release no later than March 2023.

At the moment, Jedi: Survivor has only shown fans a small teaser for the game, but if it comes out at the start of 2023, a trailer should drop very soon. Marketing for the game will have to begin shortly after that so that way EA can maximize the number of preorder sales.

Jedi: Fallen Order was very successful, so it isn’t surprising that Lucasfilm has kept Cal’s next adventure under wraps. For all we know, this could be Cal’s last adventure in the gaming world as the character could easily appear in live-action in shows like Andor or even The Mandalorian.

Are you excited for Jedi: Survivor? Let us know what you think!