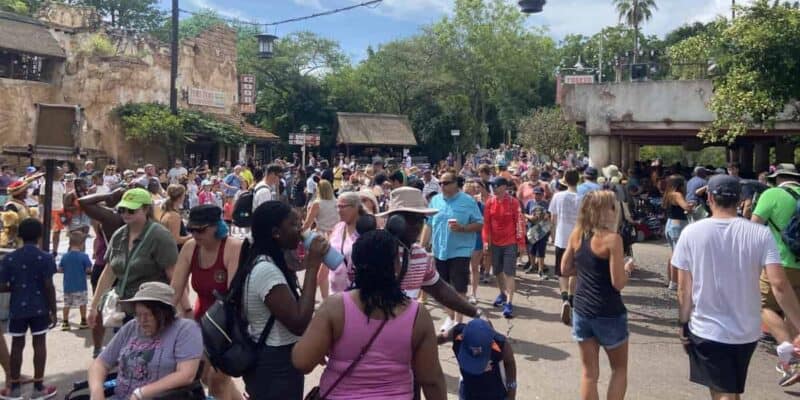 Fourth of July weekend is officially underway and it is clear many Guests are spending the holiday at the Most Magical Place on Earth — Walt Disney World.

Inside the Magic was visiting Disney’s Animal Kingdom yesterday, July 2, and the crowd levels were certainly higher than normal.

Over in Africa, near Dawa Bar and where the Tam Tam Drummers of Harambe perform, Guests were seeing packed into the walkways. Some were headed towards Kilimanjar Safaris while others were walking towards the of the Lion King.

The line for Festival of the Lion King stretched from the theater all the way to the bridge which leads into Pandora — World of Avatar.

We expect these crowd levels to keep up this weekend as the holiday continues, so be prepared and expect longer than average wait times for popular attractions.

Are you visiting Disney World this holiday weekend? Have you experienced the high crowd levels? Let us know in the comments below.