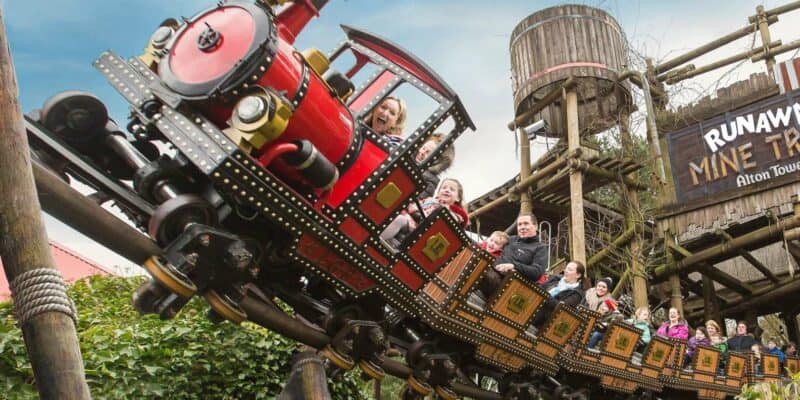 With high temperatures hitting theme parks worldwide, Guests must find a way to cool off during their visit.

While Florida has recently reported temperatures reaching 100 °F, England, Paris, and other European countries have also been struck by an intense heatwave, causing some of the highest temperatures recorded in the continent and even a series of horrific wildfires. This has forced theme parks around the continent to quickly develop ways to help Guests cool off during their visit, among other measures, to ensure their safety while visiting the Parks.

We recently reported on a series of hoses, misters, and splash areas being implemented across Disneyland Paris Resort. And while the quick response from the Park to accommodate Guests was well received by many, some commented that the theming of these improvised refreshment stations left a lot to be desired. You can read more about that story here.

Related: Guests Rip Hoses From Wall in Disney, Spray Themselves With Water

Tower Street (@TowersStreet) shared a photo of a tiny sprinkler connected to a garden hose at Alton Towers, commenting that it was so hot at the Park that this sprinkler had been added for Guests to cool off.

It’s so hot at @altontowers this afternoon, some water sprinklers have been added to the front lawns so you can cool off!

It’s so hot at @altontowers this afternoon, some water sprinklers have been added to the front lawns so you can cool off! pic.twitter.com/4cjakjZAxM

While it would be hilarious if the Park had decided to implement those sprinklers as a refreshment option for Guests, it is more likely that the sprinklers were added by Park personnel to water the lawn.

Dean (@dean8001), who happened to be at the Park on the same day, also posted a picture from a different location, commenting that even the lawn was getting some love that day, referring to the sprinklers watering it.

There even giving the lawn some love today! #Sprinkler @altontowers

There even giving the lawn some love today! #Sprinkler @altontowers pic.twitter.com/OfVQk9X7Vi

Regardless of the reason to add these sprinklers at Alton Towers, the decision was taken to keep all Guests’ safety as the Park’s top priority.

On the subject of themed refreshment alternatives, we recently saw Hong Kong Disneyland implementing similar measures to provide Guests with several options to cool down and beat the summer heat, including the addition of water splashers and mist sprayers to the Park’s entertainment offerings and interactive activities. You can read more about that here.

The theme park Resort, like others across the world like Walt Disney World Resort, SeaWorld, Six Flags, Dollywood, and Universal Orlando Resort, includes many family-friendly attractions like CBeebies Land and Gangsta Granny: The Ride (based on the novels by David Walliams) and thrill rides such as Galactica, Nemesis, Wicker Man, The Smiler, and the world’s first vertical drop roller coaster, Oblivion.

Have you visited Alton Towers? Let us know in the comments below!