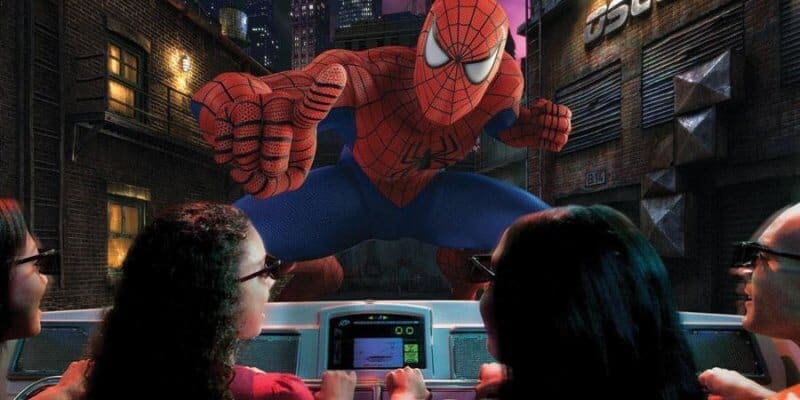 Redditor u/Wiscoaster_IG shared a screenshot from the Universal Orlando Resort app showing an insane 765-minute wait for The Amazing Adventures of Spider-Man at Universal’s Islands of Adventure, a whopping line of almost thirteen hours! This was at about 11 am, nearly two hours after the Park opened.

You can see that screenshot below or click here to watch it.

12 hour wait for Spiderman? from UniversalOrlando

Related: Heading to Universal? Expect to Wait Longer For This Beloved Attraction

When we tried to check the app to see this crazy wait time for ourselves, the attraction was marked as “At Capacity,” which made us think there was, in fact, an incredible line at the Park waiting to experience this attraction. This was at about 11:15 am. You can see a screenshot from our Universal app below:

Related: Universal Guest Gets Coaster Shut Down After Deciding They “Don’t Want to Ride Anymore”

While no official explanation was given regarding this unbelievable event, it all points out that this was an error in the system for the Universal Orlando app, as wait times for this attraction were updated later in the day. As of 1:25 pm, the current wait time for The Amazing Adventures of Spider-Man is 45 minutes, a much shorter wait time than the one Redditor u/Wiscoaster_IG shared earlier today. You can see a screenshot of this wait time below:

Viewers quickly commented on the original Reddit post, saying that summer in Orlando had arrived and that they were glad to have visited the Park this past weekend, as these wait times are horrendous. Redditor u/TJtkh even made a joke about how the Avengers Campus Spider-Man “ride” was so bad that people traveled cross-country to go on a good Spider-Man ride, causing this insane wait time to pop up. However, they also mentioned that the app was probably glitching for wait times in general.

However, wait times are currently long at both Universal’s Islands of Adventure and Universal Studios Florida, with attractions like Hagrid’s Magical Creatures Motorbike Adventure, Harry Potter and the Escape from Gringotts, Harry Potter and the Forbidden Journey, The Incredible Hulk Coaster, and Jurassic World Velocicoaster having wait times of between 75 and 100 minutes.

Then, don’t forget about all the fantastic attractions like Despicable Me: Minion Mayhem, The Simpson’s Ride, E.T. Adventure Ride, Harry Potter and the Escape from Gringott’s, MEN IN BLACK: Alien Attack, Hollywood Rip Ride RockIt, and much more all next door at Universal Studios Florida. Also, in major Universal Parks News, Epic Universe— the largest Universal Park in the world— is currently under construction and is set to be finished by 2025.

What do you think of this insane glitch? Let us know in the comments below!