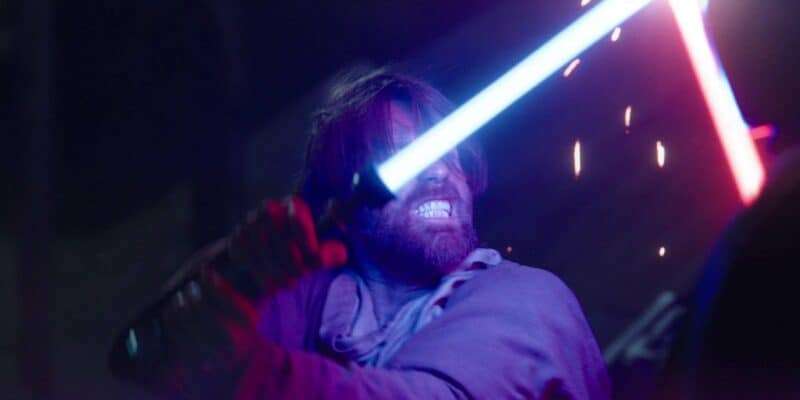 Lucasfilm Executive, Tracy Cannobbio shared on Twitter that the Obi-Wan Kenobi finale has some of her favorite moments out of all of Star Wars.

With over 11 movies and several Star Wars shows, there are quite a few memorable moments, but Cannobbio makes it clear that the Kenobi finale will have a moment that fans won’t want to miss. After promoting the Canadian tour for Obi-Wan Kenobi, Cannobbio revealed that she has seen the finale and that Deborah Chow “nailed it” when it came to ending the series:

Yes. One of my favorite moments in all of SW happens in the finale. Deborah Chow nailed it.

Yes. One of my favorite moments in all of SW happens in the finale. Deborah Chow nailed it.

The Obi-Wan Kenobi finale is reported to be around 90 minutes long meaning that fans might want to grab some more snacks before sitting down to watch the episode since it will be closer to a traditional runtime of a Star Wars movie rather than the average 40-minute Disney+ episode.

The final duel between Obi-Wan and Vader may have had some details already spoiled in the marketing, but fans are still eager to see the two duel since Kathleen Kennedy did promise that fans will get to see the “rematch of the century” between Vader and Kenobi.

The moment Cannobbio is referring could be the rumored scene between Obi-Wan and Liam Neeson’s Qui-Gon Jinn. Fans have been waiting for Kenobi to finally talk to his old master after spending several episodes unable to reach him. In Legends and the Comics, Kenobi is able to commune with his master and talk about the past and what he could’ve done differently.

Qui-Gon normally reassures Obi-Wan that Anakin’s downfall isn’t his fault and allows Kenobi to not fully blame himself. While Star Wars hasn’t shown Qui-Gon’s force ghost in live-action, it feels like the moment between Kenobi and Qui-Gon would definitely be one of the more memorable Star Wars scenes of all time.