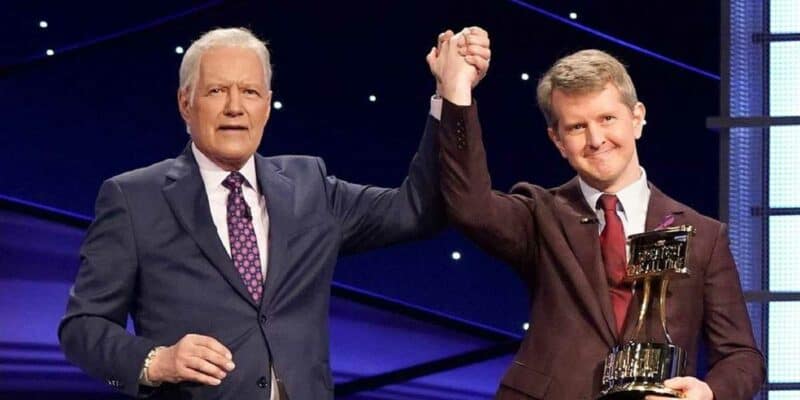 Don’t call it a comeback! Congrats to the hard-working team at @Jeopardy.

Don’t call it a comeback! Congrats to the hard-working team at @Jeopardy. https://t.co/L5fcwISKwy

Commenters immediately started weighing in on Jennings’s post. One fan wrote, “Ken you are so humble. Congrats to you and the people behind the scenes of Jeopardy! Alex would be so proud!” Someone else said, “The only comeback we’re looking for is yours!”

“Congratulations to my favorite game show and everyone involved with the show ! The best host is drumroll ……… Ken Jennings,” another posted.

“Please come back soon Ken. We miss you tremendously. Would love to see you as the permanent host,” yet another social media user weighed in.

While the permanent host has yet to be confirmed, there are, perhaps, opportunities to go around as the game show franchise expands with its first ever spinoff, Celebrity Jeopardy! debuting this fall.

“The stars of our show and Mayim and Ken have done incredible job hosting,” Jeopardy executive producer Michael Davies toldVariety. He went on:

He took to the show’s official blog to confirm that this new tournament will be happening:

…we’re actually going to do it, and slot it in right before the ToC. More details to follow, including the criteria we will be using to select the rest of the participants. To be clear, though, the eligibility time frame will be the same as for this year’s ToC: We are looking at contestants who appeared on Jeopardy! since the last Tournament of Champions who we believe deserve a second shot. I know there will be many contestants from previous years who will be howling at this point, and I do not rule out a future opportunity to compete again for some of you. But for now this is part of the postseason for this season. We are all so excited at the prospect, and we look forward to seeing some wonderful contestants again on our stage.

Who do you want to see take over permanent Jeopardy hosting duties?