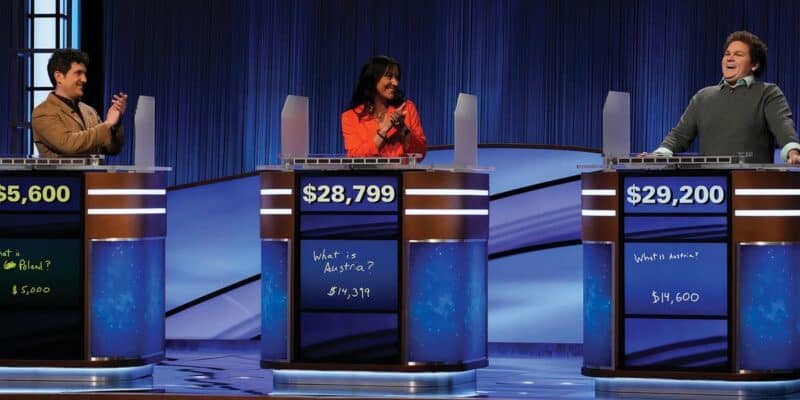 Jeopardy! is among the longest-running game shows on television.

Legendary host Alex Trebek, 80, oversaw the trivia show for a record-setting 37 years before he passed away after a long battle with cancer on November 8, 2020. Fans of the game show were devastated, and the biggest question for viewers and contestants, of course, was who would fill Trebek’s shoes as the new host.

Bialik has garnered in her own controversy involving the use of the term “Single Jeopardy” to describe the first round of the show — “Double Jeopardy” has long been the name of the second round — but one thing that hasn’t changed since the Trebek days is the “Final Jeopardy” category.

Now, Jeopardy! executive producer Michael Davies has confirmed another change to the show, in the form of a brand new tournament concept. Davies shared that he “started thinking about a Second Chance Tournament almost the day I started on Jeopardy!, when Jessica Stephens beat Matt Amodio, but lost to Jonathan Fisher by just $401.”

He took to the show’s official blog to confirm that this new tournament will be happening:

…we’re actually going to do it, and slot it in right before the ToC. More details to follow, including the criteria we will be using to select the rest of the participants. To be clear, though, the eligibility time frame will be the same as for this year’s ToC: We are looking at contestants who appeared on Jeopardy! since the last Tournament of Champions who we believe deserve a second shot. I know there will be many contestants from previous years who will be howling at this point, and I do not rule out a future opportunity to compete again for some of you. But for now this is part of the postseason for this season. We are all so excited at the prospect, and we look forward to seeing some wonderful contestants again on our stage.

Davies did not confirm when auditions for the Second Chance Tournament, which he claimed may have “broken the Jeopardy-Verse,” will open.

Are you excited about this brand new Jeopardy! concept?