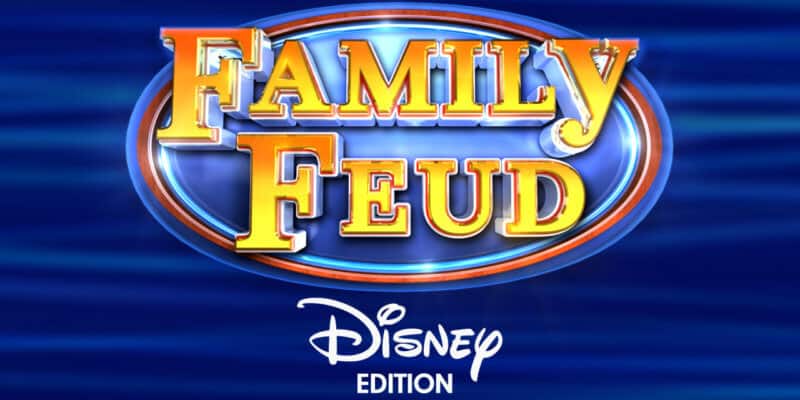 If you are a fan of the popular game show Family Feud, get ready because it has just been announced that there will be a special Disney-themed episode airing in the near future!

In fact, families at home can play along and test their Disney knowledge with the special themed episode, which will air on August 16 (check your local listings for exact information)! But that’s not all because a new Family Feud: Disney Edition board game has also just been released exclusively at Walmart.

Daytime Emmy Award®-winning host, Steve Harvey, is joined by a variety of beloved Disney characters as two families compete for the chance to win up to $100,000 and a new car. Plus, in honor of this special Disney-themed episode, the winning family will go home with a bonus surprise prize of a five-day, four-night vacation to the Walt Disney World Resort in Florida during the 50th anniversary celebration and experience four one-of-a-kind theme parks at the most magical place on Earth.

Combining the hit syndicated television show with everyone’s favorite Disney characters, movies, and memories, the new “Family Feud: Disney Edition” board game from global children’s entertainment company Spin Master will include hundreds of new Disney and Pixar themed survey questions, as well as a Fast Money Bonus Round. Made for three or more players, ages 8+, the set includes 150 face-off question cards, 50 fast money cards, a dry erase scoreboard, a Disney Mickey Mouse card holder, a dry erase marker, and instructions. The game will be available for purchase exclusively at Walmart.

We cannot wait to play along when the special Disney-themed episode of Family Feud airs on August 16, and to play the Family Feud: Disney Edition board game, which is available now at Walmart.

Will you be tuning into the Disney-themed episode of Family Feud? Or will you be purchasing the Family Feud: Disney Edition board game? Let us know in the comments below.