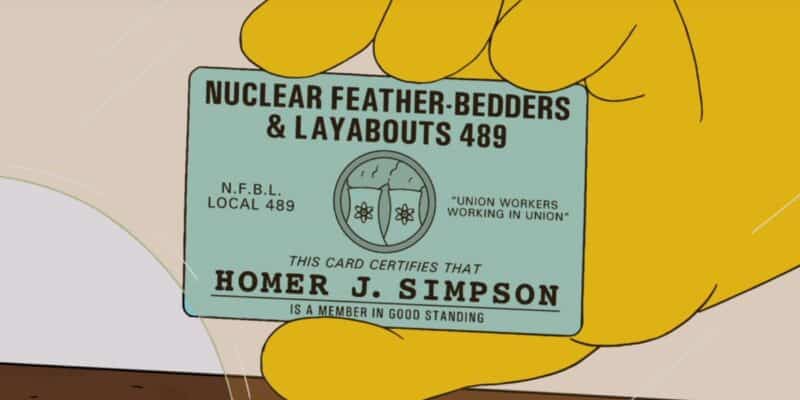 In recent months, The Walt Disney Company has faced criticism for how certain situations regarding compensation have been handled.

For example, there was the 2021 “Disney Must Pay” debacle in which sci-fi and fantasy authors banded together to support various writers who had not received royalties for the use of their work. Then, numerous comic book artists came forward to share that they weren’t paid when their work was directly used in marketing for Marvel Cinematic Universe series like Hawkeye and Moon Knight.

Now, many 20th Century Studios — formerly 20th Century Fox — animators are vying to unionize in a bid to receive better healthcare and “transparency in compensation.”

One recent article noted that the animation teams behind The Simpsons, American Dad!, and Family Guy — all of which joined the Disney family when 20th Century Fox was officially acquired by the Mouse in 2019 — are looking to receive benefits that many of their colleagues on other production crews already enjoy.

The report shared quotes from two of the staff members who are pushing to unionize. American Dad! animatic and timing production supervisor Jason Jones issued a statement that said, in part:

“Those of us who have been working in animation production for many years take pride in knowing that we are an integral part of the longevity and evolution of our shows, right alongside the artists that we work with. Even though we meet the same tight deadlines and work the same long hours, we [are aware] that we do not share the same basic protections as the artists we spend those hours with. We deserve the same respect and dignity as our fellow Union-protected workers.”

Simpsons production manager Ashley Cooper expounded, “It is time we were included in TAG so we can have the same quality health care, pensions, and transparency in compensation that our counterparts currently enjoy.”

The Animation Guild shared an official Tweet about the ongoing situation:

Animation Domination! That’s right, production workers at #TheSimpsons, #AmericanDad & #FamilyGuy have filed to unionize under the #AnimationGuild! Together, they boast more that 750 years of animation industry experience – let’s show them some respect! #productionstrong

Animation Domination! That's right, production workers at #TheSimpsons, #AmericanDad & #FamilyGuy have filed to unionize under the #AnimationGuild! Together, they boast more that 750 years of animation industry experience – let's show them some respect! #productionstrong pic.twitter.com/d2D3gkUZVg

Cartoon Brew shared an update regarding Disney’s current role in the situation:

As Disney has not granted voluntary recognition, production workers on the three shows are filing petitions for union elections with the National Labor Review Board (NLRB): The Simpsons filed on June 1, American Dad! filed [June 2], and Family Guy is filing [June 3].

The Walt Disney Company has not released a statement, but is not ready to “voluntarily recognize the entire unit as proposed by TAG.”

It is worth noting that Disney spent much of 2020 and 2021 in negotiations with unions for workers at both Disneyland Resort and Walt Disney World Resort amid layoffs, safety concerns, and vaccine requirements throughout the COVID-19 pandemic.

Do you think 20th Century Studios’ animators should be able to join TAG?