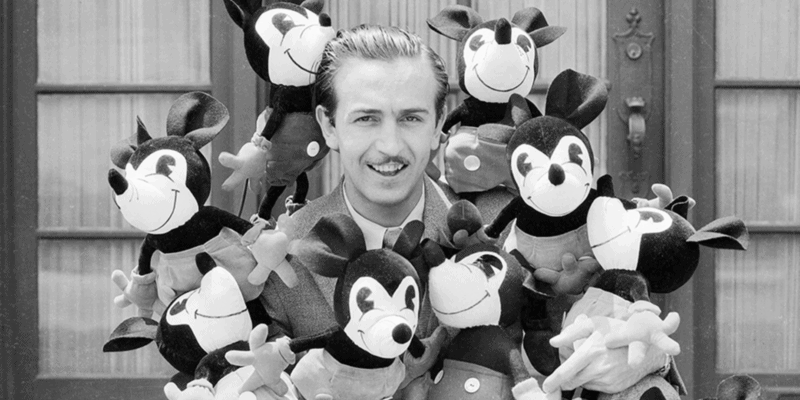 Walt and Roy Disney changed the movie industry forever when The Walt Disney Company was formed. With Disney now firmly stacked in the pop culture lexicon as someone who brings immense joy to people of all ages, it is easy to forget where it all began, and the efforts it took to bring these now fan-favorite characters alive. Now, exciting news about the birthplace of Disney animation has come to light.

Mickey Mouse may be the face of Disney’s companies, but the loveable cartoon animal wasn’t the catalyst for getting The Walt Disney Company off of the ground. In fact, it was in the early 1920s that Disney created cartoons with a character called Alice. The Alice Comedies propelled Disney’s animated career and it all started in a house in California.

A house that is now being restored

The Charlotte and Robert Disney House at 4406 West Kingswell Avenue in the Los Feliz area is being renovated and is designated a Los Angeles Historical Cultural Monument. It was the first Los Angeles home to Walt and Roy Disney, and the place where Walt’s animation studio concept took flight.

The report goes on to add how the cultural site was almost completely destroyed:

New owners had applied for a permit to tear in down 2016, but the house has evidently escaped that fate. Plans are to restore the house to its 1914 Craftsman bungalow standards, down to the shed where Walt allegedly finished his “Alice Comedies,” which launched his career.

The Alice Comedies sees a young girl called Alice and her cat, Julius, take on a series of adventures in an animated world. After Alice’s Wonderland (1923) — an animated 10-minute short film — caused the Laugh-O-Gram Studio in Kansas to shut down following its release, Disney moved to Los Angeles to take up residence with his Uncle, and brother, Roy Disney. The Alice Comedies eventually sold to a New York-based studio leading to the formation of the Disney Brothers Studio, which would eventually become The Walt Disney Company.

Legend has it that Walt’s aunt and uncle offered to let Walt Disney board in their home at $5 per week in 1923.  The two-bedroom, 1458 square-foot home stayed in the Disney family for 30 years. It changed owners several times, but in 2016, its new owners submitted plans for a new two-story, one or two family home they planned for the site.

You can see via the report that a sign has been placed outside the house that explains what will happen during the restoration and confirms that the Charlotte and Robert Disney House is a Los Angeles Historical Culture Monument (HCM #1132). The sign goes on to add that the bungalow “will restore the exterior to a 1920s period-appropriate color palette” while the “[n]ew landscape and site features will strengthen the visual appeal of the bungalow from the street and create new living spaces outdoors.”

The restoration announcement also claims that “[a]n exact replica of the garage, where Walt made short animations, will be rebuilt in its original location visible from the street down the driveway”, before ending the statement by saying, “This project will revitalize this historic gem that tells the story of the Walt Disney Company’s origin.”

Walt Disney Animation’s next outing will be Encanto (2021) which is set to be theatrically released this November. The animated movie follows Raya and the Last Dragon (2021) as the 60th animated classic. In their own words, the trailblazing Disney Animation Studio that has brought the world everything from Sleeping Beauty (1959) to The Little Mermaid (1989), Big Hero 6 (2014) to monsters like Stitch, is described as follows:

Combining masterful artistry and storytelling with groundbreaking technology — Walt Disney Animation Studios is a filmmaker-driven animation studio responsible for creating some of the most beloved films ever made. Located in California, Disney Animation continues to build on its rich legacy of innovation and creativity, from the first fully-animated feature film– 1937’s Snow White and the Seven Dwarfs– to 2019’s Frozen 2.

What do you think about Disney’s first LA home being restored? Let us know in the comments!