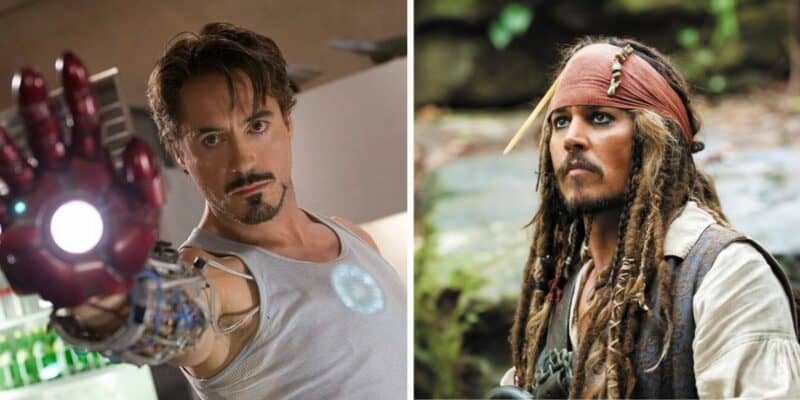 It seems that Johnny Depp, 58 (Pirates Of The Caribbean: The Curse Of The Black Pearl, 21 Jump Street, Sweeney Todd) doesn’t just have his fans on his side when it comes to the ongoing battle between him and ex-wife Amber Heard, 35, (Aquaman, The Rum Diary, Drive Angry Piper), but also, the support of a renowned Hollywood actor.

In case you did not know, Johnny Depp and Amber Heard’s court case is currently being publicly broadcasted. The drama began after Amber Heard published an op-ed calling Depp abusive towards her.

Disney has dropped Johnny Depp as the loveable Jack Sparrow in the Pirates of the Caribbean films, which has set fans off in outrage. He also lost his Warner Bros. role in the Fantastic Beasts franchise. Since then, Depp has said that Hollywood has “boycotted” him, and now, Depp is continuing to speak out on his protestations about his ongoing situation.

As reported by Deadline, Johnny Depp went on the record stating that he is a victim of cancel culture and that “no one is safe” from the movement. Depp is now looking to his fans to stand up for the actor at this moment of “injustice.”

After losing to The Sun in a libel lawsuit case in November 2021, Depp has gone back to court for a defamation case, claiming that Heard isn’t telling the truth and has ruined his career. Now fans watch the court case ensue as it continues right now in Fairfax, Virginia.

As we have noted, the ongoing court case and accusations made by Heard have dramatically hurt Depp’s career. Johnny Depp’s film Minamata, produced by MGM, recently debuted but only after being pulled from the festival circuit. We had heard reports that co-worker and long-time friend of Depp Tim Burton was on his side and pushing for a successful return to Hollywood, but it seems that a certain Avenger has also been a long-time supporter!

Robert Downey Jr. may seem like a wholesome, clean-cut, beloved icon today, but his past was nothing short of mischievous. Downey is one of the only Oscar-nominated actors to also have the title of inmate P50522, who earned 8 cents an hour scrubbing pans. Downey had been caught with heroin and cocaine was found sleeping in the bed of an 11-year-old boy after stumbling into a random house and passing out, admitted to paying for prostitutes, and more. All of which is outlined in this article by The Guardian. But, years later, that is not the Robert Downey Jr. that fans remember.

Beginning in 2008, Robert Downey Jr. portrayed Tony Stark/Iron Man in Iron Man, Iron Man 2, The Incredible Hulk, The Consultant, The Avengers, Iron Man 3, Avengers: Age of Ultron and Captain America: Civil War, Spider-Man: Homecoming and Avengers: Infinity War and Avengers: Endgame. If you watched Avengers: Endgame, you know that Downey has hung up his suit and that he loves us 3000. Now, Downey is one of the most respected actors in Hollywood.

Having been through a downward spiral, Downey clearly has empathy for Depp. He has reportedly tried to swing him a role in the Sherlock Holmes 3 film, and according to this video, has spoken out publicly in defense of Depp, calling him “innocent”.

It has been stated by many that Downey wanted to “save” Johnny Depp’s career. It would be interesting to see if this ever did happen, as Warner Bros. has seemingly cut ties with Depp, however, Downey may have a strong pull to get them to reconsider.

What do you think about Downey’s reported support for Depp’s innocence?