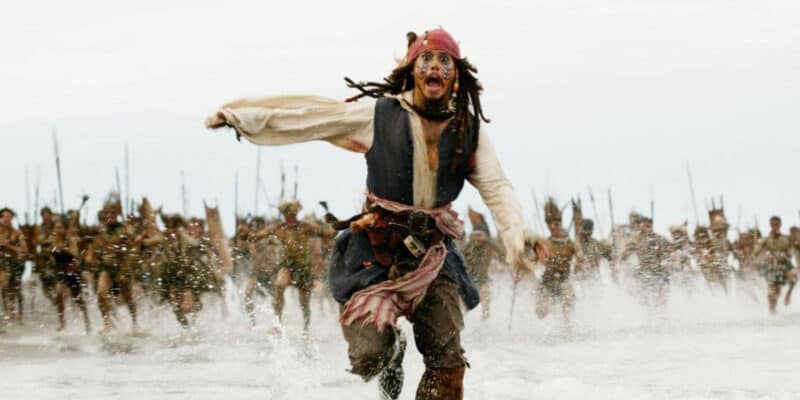 Meeting characters at Disney is one of the most exciting aspects of visiting the theme parks for many Guests. You can twirl like a princess while meeting Belle, take a look at Queen Anna’s new ring from Kristoff, dance around with Snow White, smolder with Flynn Rider, rub your tummy with Winnie the Pooh, hug Mickey Mouse, and so much more!

Now that the Disney Parks have brought back character meet and greets at Disney World and Disneyland, the character experience is finally feeling normal once again after a long two years of no hugs from our favorite Disney pals! One character who is always fun to meet is Captain Jack Sparrow.

Guests can also meet Sparrow in Disneyland Paris! One Guest decided that she was going to do the iconic Jack Sparrow run until she found him, all the way through the Park!

stephbooty_ created a viral video of her doing the Jack Sparrow run, and fans cannot get enough of the hilarity! It seems she did end up finding Sparrow in the end, and the two ran away together while doing the iconic run. The video ends with the two running across a bridge, and as it wobbles, it seems like the two were both tossed into the film set of a past Pirates of the Caribbean film!

The comments are riddled with Disney fans calling the video iconic and stating that “this is the best thing [they’ve] ever seen!” Considering how long Sparrow ran with this Guest across the Park, we can see how amazing many of the character performers are, giving each Guest a memorable experience that will last a lifetime. It is likely that the performer suggested that the run continue as long as it did, as Guests cannot dictate what a performer does!

More on Pirates of the Caribbean and Johnny Depp

In case you did not know, Johnny Depp and Amber Heard’s court case is currently being publicly broadcasted. The drama began after Amber Heard published an op-ed calling Depp abusive towards her.

Related: Robert Downey Jr. Fights to Save Depp’s Career, Claims He is Innocent

Who is your favorite character to meet at the Disney Parks?