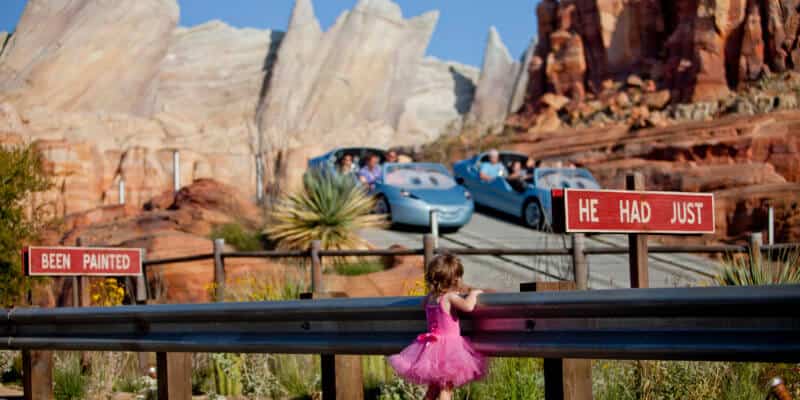 The Happiest Place on Earth has something to amaze the young and young at heart on every visit to Disneyland Park and Disney California adventure. With delicious food and drinks, world-class entertainment, character interactions, iconic classic attractions, and new innovative experiences, all who come to this happy place will have a truly magical experience.

Disney California Adventure has been controversial since its opening in 2001. It has gone through some significant changes and developments to improve Guests’ experiences while visiting the Park while also incorporating some of the newest IPs acquired by the Walt Disney Company, including the opening of Avengers Campus, the reimagining of Pixar Pier, and the opening of Cars Land, perhaps one of the most popular areas of the Park.

Redditor u/PoodleAndACorvette posted, “Radiator Springs Racers is the best attraction in any Disney Park worldwide,” and commented they would die on that hill if necessary. As expected, the post quickly got over two hundred comments, but the discussion took a turn not many of us would have thought.

While one would expect to be the comments section of such a bold claim to become a vicious argument quickly, this post was fortunately not the case. Many Redditors did comment on having different opinions, mentioning rides like Rise of the Resistance, Flight of Passage, Pirates of the Caribbean at Shanghai Disneyland Resort, and Journey to the Center of the Earth at Tokyo Disney Resort were better in their eyes, but all while keeping the conversation surprisingly courteous.

Redditor u/WoodFirePizzaIsGood even commented that, while they didn’t share the original poster’s opinion, they admit that the ride is probably one of the most well-rounded attractions on a Disney Park, saying it is a great combination of dark ride and thrill, with a charming story and one of the most impressive facades for any ride they could think of.

It is shocking yet encouraging to see a debate taking such a civil course, especially in recent times when the internet provides every user with the power to be as strongly opinionated as they want. While many take the internet as a chance to voice their thoughts and ignite heated arguments if anyone else’s opinion clashes with their own, this controversial post is proof that it is possible to disagree with people online and share one’s thoughts without having to create a vicious argument out of the conversation.

If Guests aren’t too keen on visiting Cars Land and experiencing Radiator Springs Racers, Disney California Adventure still has so much to see and do! Guests can enjoy Buena Vista Street as they walk the roads Walt had in Hollywood, enjoy a hand-dipped corn dog at Award Wieners, check out the new Marvel-themed land in Avengers Campus, where they can meet Spider-Man, Loki, Ant-Man, Black Widow, Doctor Strange, and so many more characters. And of course, you have to ride WEB SLINGERS: A Spider-Man Adventure and Guardians of the Galaxy: MISSION BREAKOUT. Rock on the Silly Symphony Swings as well, and catch Jack-Jack on Incredicoaster! The list of rides and attractions never ends!

Do you think Radiator Springs Racers is the best attraction in all Disney Parks? Or is there a better attraction in your opinion? Let us know in the comments below!