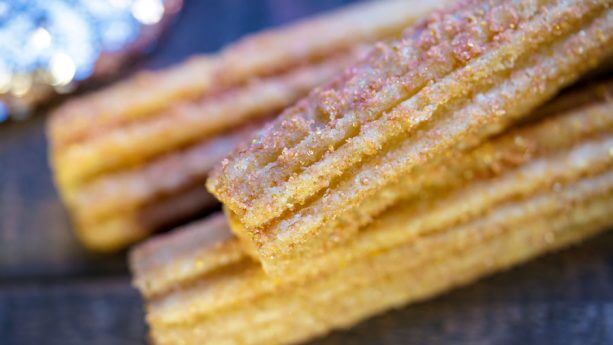 At Disneyland Resort, there are dozens of delicious food offerings for Guests to enjoy, from beignets and pretzels to turkey legs and popcorn and everything in between; there is always some Disney snack that will have Guests coming back for more.

Perhaps one of the most popular offerings is churros, sold at several locations throughout Disneyland Park and Disney California Adventure and often served with different seasonal flavorings; Guests are sure to be seen walking down Main Street, U.S.A. with a churro in their hand.

However, not everything is sweet as sugar, as one Guest recently witnessed. Redditor u/prestonspears posted a picture of a churro stand in Frontierland that broke his heart after seeing nearly a dozen churros being thrown away. He commented words could not express his sadness, and honestly, we feel the same way.

While this would seem like a wasteful practice from Disney, fellow Redditors quickly commented on their own experiences and knowledge, as several former Cast Members came forward. The most common response was that Disney wants to make sure Guests are given only the best when they are buying any food at the Park, and therefore has strict policies regarding the freshness of the food they offer Guests and that the churros shown in the pictures were most certainly past their hold time, not to mention they were probably hard at that moment, making them difficult to enjoy.

Some commented that Cast Members should hand them out to Guests, and while that may sound like a good alternative, it would not be ideal, as again, these churros would not be fresh and could provide Guests with an unpleasant experience rather than a good one.

However, Disney Parks worldwide are committed to making a difference by becoming more green. Part of these efforts is a commitment to send “zero waste” to landfills by 2030, which means most of the thrown away food and scraps at Disney Parks are now becoming compost!

Disney is also making efforts to shift to sustainable and renewable energies to power their Parks worldwide. Walt Disney World recently announced the construction of two new solar panel arrays to help the Park produce nearly half of its energy thanks to solar alternatives.

Disneyland Paris is making similar efforts. The Park recently started the second phase of its own plant of solar canopies, which will provide energy equivalent to the one consumed by a city of over 17,000 inhabitants. The solar canopies are being built throughout the several Guest parking lots at the Resort, meaning they will also provide additional Guest enhancements, including shade and shelter from direct sunlight, rain, or snow.

What do you think of this situation? Did you know of Disney Parks’ efforts to become greener? Let us know in the comments below!