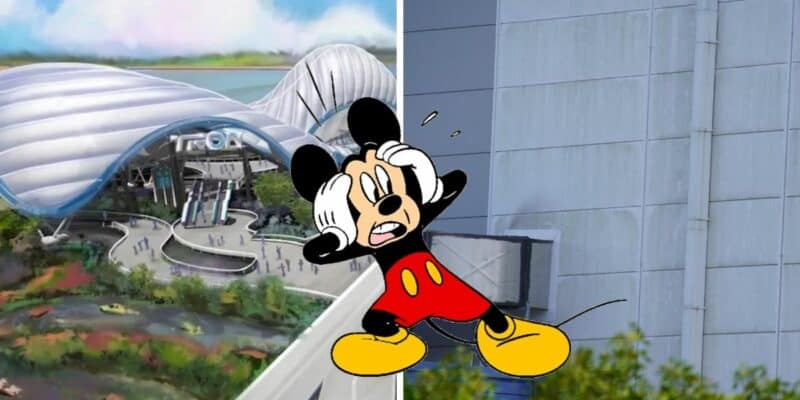 Disney World fans cannot wait for the day they can take off on TRON Lightcycle / Run. Disney Imagineers continue to work on the upcoming Tomorrowland roller coaster attraction — in fact, just yesterday we reported on the first officially testing being spotted.

Now, in new photos shared to Twitter, despite the ride still not having an opening date, we can see that the show building is already growing some unwanted algae.

The TRON show building was built quite some time ago as Imagineers continue working on the upcoming Magic Kingdom coaster. Fans have been eagerly waiting for an opening date to be announced, and although Disney has yet to reveal any timeline, we can now see that the show building is growing algae on the outside.

bioreconstruct shared a photo of the algae problems to Twitter, along with the caption:

Because Walt Disney World is located in the humid and sunny state of Florida, it isn’t surprising to see algae begin to grow in select areas. In case you are not aware, algae requires light, water, and nutrients in order to grow and Florida is the perfect environment for that. In fact, in 2016, Florida actually had an “algae crisis”, which is still a common issue to this day.

We suspect Disney to treat the algae in the near future so that it doesn’t continue to grow around the show building.