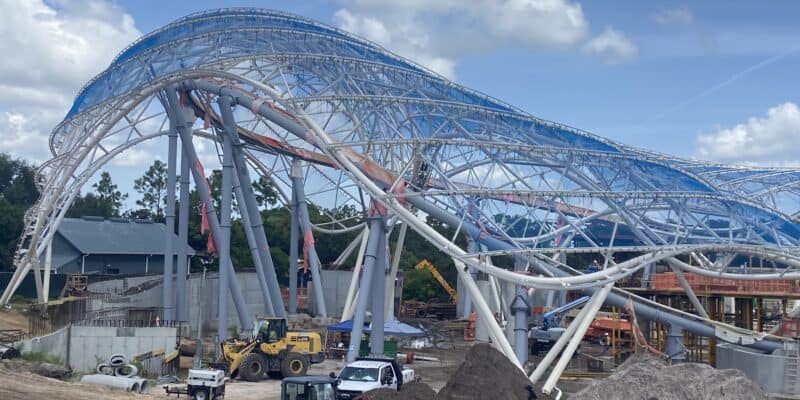 When visiting any of the Disney Parks and Resorts, you will always notice something new or something being worked on. Whether it’s an annual refurbishment like with Splash Mountain or a complete overhaul like what’s happening over at EPCOT, there will always be something new to look forward to as a Disney Guest.

Related: Figment Popcorn Bucket RETURNS, And Guests Won’t Have to Wait In Line

One of the most anticipated new additions to the Disney Parks is the new TRON Lightcycle Run which is coming to Tomorrowland at the Magic Kingdom in Walt Disney World. This thrilling coaster originally opened at the Shanghai Disneyland Resort in 2016 and has proved to be a huge hit among Guests and coaster enthusiasts.

The construction o this new attraction however has garnered a different opinion, especially online. Originally slated to open for Walt Disney World’s 50th Anniversary last year, these plans were quickly passed by, leaving many wondering when, or even if the coaster will ever open. It’s been almost 5 whole years since TRON was announced to be coming to the Magic Kingdom and there still is not a definitive release date for the ride. The ride was also missing from the D23 yearly update.

We also noticed that today, February 14 (Valentine’s Day) marks 4 years since construction officially started on the project. The reaction to how long this project is taking has been interesting, to say the least. Twitter user @IsTronOpenYet (a very apt name in this case) tweeted a reminder about this special day:

Happy #TronStruction day everyone! 🛠️ Today marks 4 years since the start of construction. Tron is a lesson in paying a little more to let the store assemble it for you.

Happy #TronStruction day everyone! 🛠️ Today marks 4 years since the start of construction. Tron is a lesson in paying a little more to let the store assemble it for you. pic.twitter.com/h4QRY5HybV

Universal is now building a complete theme park that will open in 3 years.

Universal is now building a complete theme park that will open in 3 years. https://t.co/iqE5xKxthZ

Related: Disney Bride Warns Fans What To Know Before Spending $25,000+ on a Park Wedding

We also recently wrote on a viral video of the TRON construction project which showed a few supposed construction workers taking a break and racing past what appears to be the construction site. Of course, we do not know the full story of what was going on here, and workers are entitled to breaks, which is exactly what this may be! That being said, the seemingly-slow construction has left many Disney Guests wondering when exactly the ride will be completed. 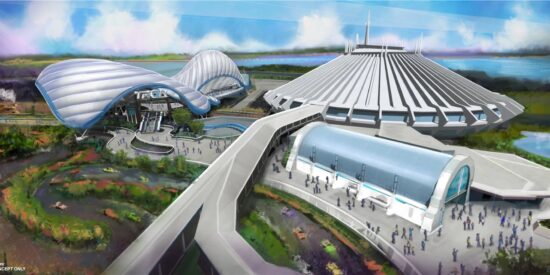 Are you excited for TRON Lightcycle Run to finally open at Magic Kingdom in Walt Disney World? Let us know in the comments below.