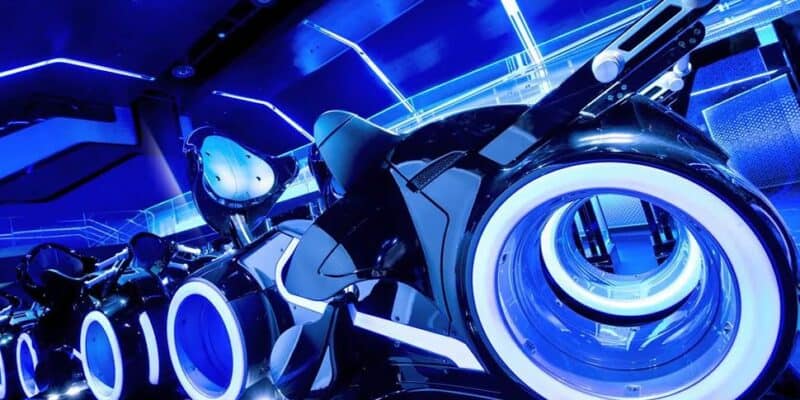 Ever since Walt Disney World Resort’s TRON coaster — officially called the TRON Lightcycle Run — was announced on July 15, 2017 at the D23 Expo in Anaheim, California, fans have been anxiously awaiting news regarding the thrill ride.

Disney Parks fans have watched every detail of the construction process— including the delivery of the sleek ride vehicles —  even waiting patiently throughout Walt Disney World Resort’s pandemic-related closure in 2020, and, now, finally, their patience is being rewarded.

Related: Steven Tyler Explains How to Not Get Sick on Rock ‘N’ Roller Coaster After Riding 29 Times

The roller coaster was originally expected to open sometime during Walt Disney World Resort’s 50th anniversary celebration, which began October 1, 2021 and will continue into 2023.

Although Disney World officials have not confirmed an opening date for TRON, and it could very well open after the 50th celebrations end, testing is certainly a step in the right direction.

Although there is no opening date for TRON Lightcycle Run at this time, the highly-anticipated Guardians of the Galaxy Cosmic Rewind roller coaster at Disney World’s EPCOT Park will open to Guests on May 27, 2022.

Are you looking forward to riding the TRON coaster?