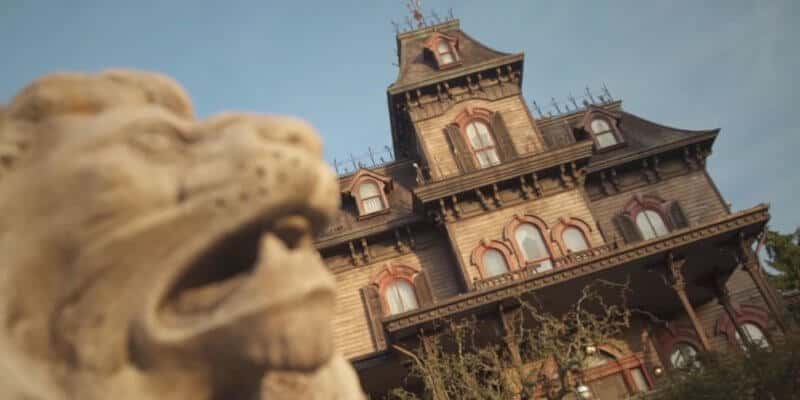 While the Disney Parks now offer Guests so many different and unique rides, there are a few classic attractions that still stand above the rest when it comes to incredible-theming and a fun experience.

The first ones to come to mind are rides like Pirates of the Caribbean and “it’s a small world”. While not super-advanced or state-of-the-art like newer rides such as Rise of the Resistance in Star Wars: Galaxy’s Edge, these rides remain an iconic part of Disney history and remain fun to this very day. Another ride that fits this description would have to be The Haunted Mansion.

Disneyland Paris’ version of Haunted Mansion is very interesting. Called Phantom Manor, the story and setting is slightly different while still retaining that same “spirit” of the original. Unfortunately, we noticed that one of the animatronics is now missing. See the tweet below from AirMagique Disneyland Paris Podcast (@Air_Magique) below:

Over at phantom manor the demon dog animatronic has gone missing (apologies for the blurry photos). Anyone see him around the park? 😅🐶

Over at phantom manor the demon dog animatronic has gone missing (apologies for the blurry photos). Anyone see him around the park? 😅🐶 pic.twitter.com/o8RbXMxAUc

Phantom Manor: A Guided Tour with a Spine-tingling Twist

Have you visited Disneyland Paris? Let us know what you thought of it in the comments below.