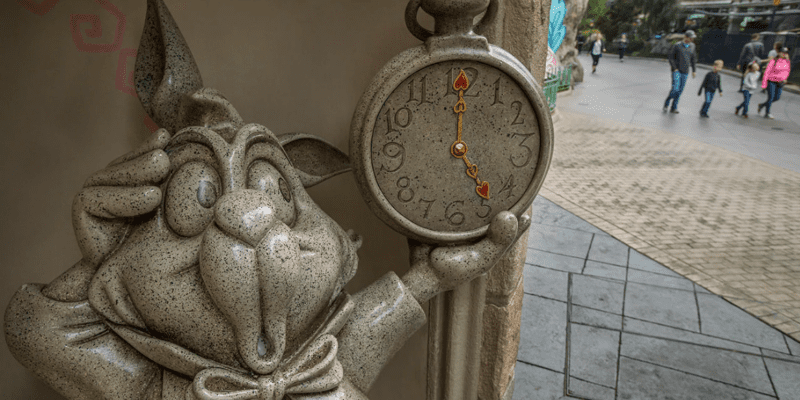 With more and more people creating content related to Disney Parks across all sorts of platforms, it’s no wonder everyone wants to get the latest scoop or come up with the best tips for their audience.

While many Guests are happy to share and learn new secrets from the Park, some think they should remain, well, secret.

TikTok creator cheltonjm (@cheltonjm) posted a video showing a couple of secret hiding spots at Disneyland that have recently been locked due to their growing popularity, as many creators have continuously shared their locations in other videos. Liz (@chimchimchurro) added that some things need to be kept among friends.

I’m not happy Josh, I wanted that $100 bill that was left there! #disneyland #ScreamItOut #disneyparks #distok #distokcommunity

I’m not happy Josh, I wanted that $100 bill that was left there! #disneyland #ScreamItOut #disneyparks #distok #distokcommunity

Since at least November last year, these closures have been happening after a TikTok video went viral for sharing a secret hiding spot behind the White Rabbit’s clock near the Alice in Wonderland attraction at Disneyland. The hidden compartment was later closed down permanently due to the impact of the video.

This situation was explained by Dis You Know official (@disyouknowofficial) in a video you can watch below:

Regardless of the closures, some Guests continue sharing different secret hiding spots around Disneyland to hide giveaway prizes or share knowledge with their viewers. Regardless of their reasons, Guests must remember that Disney can always see the videos they create inside the Parks and take action against them, whether it be towards what Guests share, like in this case, or towards the Guests who post the videos.

Did you know of any secret hiding spots at Disneyland? Let us know in the comments below!