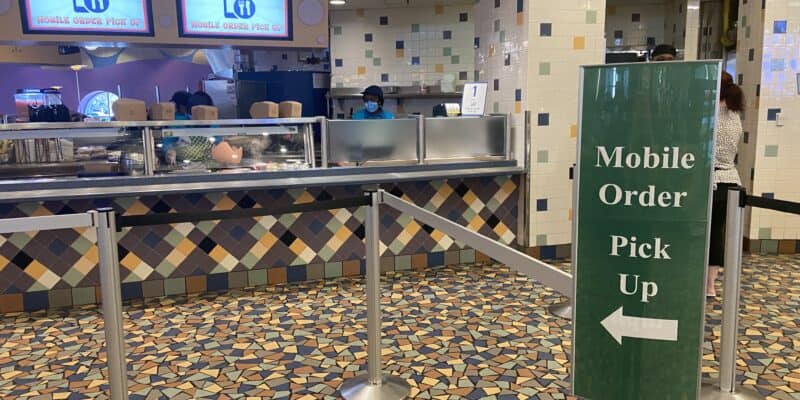 With more and more people creating content related to Disney Parks across all sorts of platforms, it’s no wonder everyone wants to get the latest scoop or come up with the best tips for their audience.

However, one content creator recently received a response quite different from what she would have expected on one of her videos.

Bethy Hamilton (@bethyhamilton) recently shared on TikTok a Disney World tip “no one wants to tell you because it’s that good.” In her video, she mentions how she always wants a snack at the end of the night and explains that Guests can place mobile orders at select locations to be picked up even after official Park closing hours, which is perfect for satisfying those late-night cravings.

And although this is acceptable and authorized by Disney, many viewers were surprisingly unhappy with this hack. Some commented that Bethy shouldn’t be posting this information, as Guests would take advantage and force Cast Members to work extra hours, while others shared that doing this was plain rude in their opinion. One Cast Member even mentioned that seeing the number of comments worried about Disney’s Cast Members warmed her heart.

However, Bethy and other Cast Members, both former and current, assured that Cast Members are already scheduled past closing and that, contrary to what many viewers initially thought, making use of this tip would not cause anyone to stay extra hours. Quite the contrary, it would allow Guests to enjoy an almost empty Park and a delicious snack to end their day.

With over 45 thousand views on this video, we’re sure more Guests will put this Disney World tip to the test, resting assured that Cast Members will not have to work extra hours to accommodate Guests’ late-night cravings.

What do you think of this hack? Would you try it on your next visit to the Magic Kingdom? Let us know in the comments below!