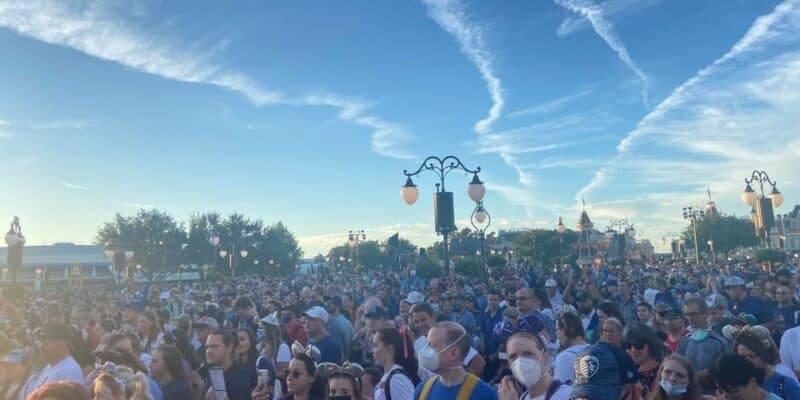 One of the most terrifying things Guests can experience when visiting Walt Disney World is losing a member of their party, especially when it comes to younger Guests without a phone.

While it is true that losing a child is terrifying in any public space is already terrifying, having the misfortune of it happening at Disney World means losing them in a sea of thousands, which can lead to a stress-filled situation. Luckily, Walt Disney World is an incredibly safe space, and Cast Members are trained to look out for Guests of all ages who may need assistance.

However, some parents might want to be better prepared should they ever find themselves in such a situation.

TikTok user Jess martini (@jesmartini)  constantly shares advice and tips for parents, and fortunately, one of her tips recently helped a lost kid be reunited with his family within minutes.

In one of her recent videos, she reposted the story of a mother who lost her child at Disney’s Hollywood Studios. Instead of calling the boy’s name, she started repeatedly shouting what the boy was wearing, “green hat, Under Armour shirt!”. By doing so, the mother caught the attention of every Guest around her, who instantly started looking and repeating, “have you seen a kid with a green hat?” adding hundreds of extra eyes looking for her son. This trick would also deter any potential kidnappers from continuing to walk away with the child because others would be causing a stir.

Fortunately, according to the mother, the kid was reunited with his family within four minutes. Jess adds a couple more tips for parents in her video, such as dressing their kids in bright colors, taking a photo of their entire outfit right when the day starts and writing the parents’ name and number on the kid.

EVERY PARENT NEED TO WATCH! This tip works! So scary @proudmommy9110 thank you for sharing and great job finding ur son! #momsoftiktok #parents #psa #staysafe #childsafety

EVERY PARENT NEED TO WATCH! This tip works! So scary @proudmommy9110 thank you for sharing and great job finding ur son! #momsoftiktok #parents #psa #staysafe #childsafety

Being aware and prepared should Guests encounter a situation like this is very important, especially for parents and every Guest around them, who would be able to actively help in the search for missing children.

Have you ever lost someone at a theme Park? Tell us about it in the comments below!

While at Disney’s Hollywood Studios, you can enjoy Tower of Terror and Rock ‘n’ Roller Coaster Starring Aerosmith on Sunset Boulevard. By the Chinese Theater, Guests prepare to ride Mickey & Minnie’s Runaway Railway. In Toy Story Land, Slinky Dog Dash always boasts a long line with others shooting their shot on Midway Mania or spinning their brains out on Alien Swirling Saucers. Of course, you have to visit Star Wars: Galaxy’s Edge for some blue milk, or green milk, and ride Rise of the Resistance and Smuggler’s Run!