Kardashians Cut Line at Disneyland, Shut Down Popular Attraction While Guests Angrily Watch - Inside the Magic 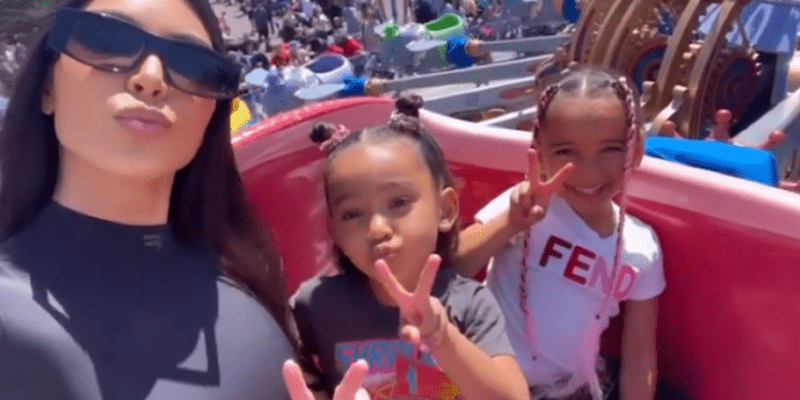 If there is one thing that Guests should never do while at a Disney Park, or really, any theme park for that matter, it is cut in line. At Walt Disney World Resort and Disneyland Resort, many Guests will often wait hours for attractions, which is quite a sacrifice to do, especially after paying for a Park ticket and spending a chunk of your day waiting in line.

At Disney, of course, Guests can use Lightning Lane to and Disney Genie+ to skip the line, but when they do so, they must pay for the service and will use a separate queue to enter. Recently, it seems that the Kardashians may have skipped a line at Disneyland, and when Guests noticed, they were infuriated. A recent TikTok shared both Kim Kardashian and Khloe Kardashian skipping the line for Mad Tea Party at Disneyland. Not only did they skip the line, but they also made other Guest wait so that they could ride alone.

Rachael Kevin (@shesbrewing) posted the video, as you can watch here.

It seems that Rachel was quite upset that her experience had to be put on pause so that the celebrities and Hulu reality stars could have priority. The comments are flooded with Guests noting that this was embarrassing and Disney should not have allowed them to do this. Another user noted that when Cardi B was at the Park, on the same ride, she and her child rode with other Guests.

The Kardashian family (Keeping Up With the Kardashians) are known for being Hollywood reality TV sensations. Still, it seems that the clan really loves Mickey Mouse as much as the typical Disney fan!

What do you think of this incident with the Kardashians at Disneyland?