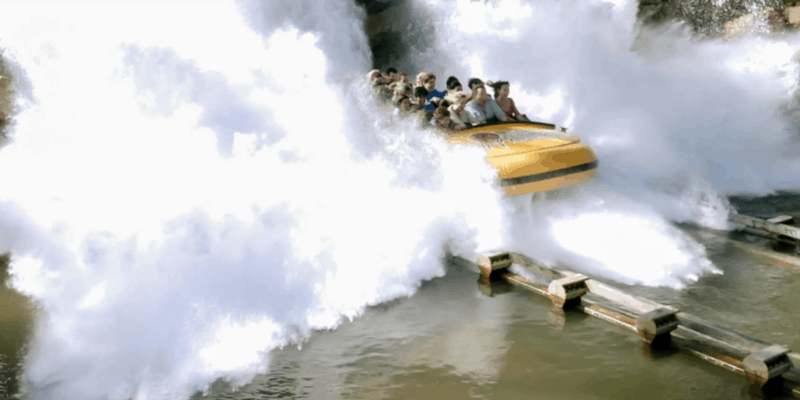 Universal Orlando Resort has so much to offer Guests when they visit the Parks. Apart from iconic attractions, Universal has a wide variety of entertainment events, food offerings, and character interactions. With new expansions like Universal’s Epic Universe at Orlando and Super Nintendo World at Universal Studios Hollywood in progress, the experience for Guests can only keep getting better.

However, recently one Guest voiced his concern about the experience at one of the Park’s most beloved attractions.

Redditor u/wantakeywi posted on the Universal Orlando subreddit, asking about a heinous smell at Jurassic Park River Adventure. The original poster mentions they read a comment online about a couple of Guests’ experience on the ride, stating they reeked for the rest of the day after getting soaked in this classic attraction.

The Jurassic Park ride is a lot of fun—so fun, in fact, that you won’t realize how truly HEINOUS the water that drenches you during the climactic splashdown is until much later. We sat in the front row for the ride and got soaked. Three hours later, my girlfriend and I realized we reeked.

The original poster adds that they’d like to ride this attraction, but the last thing they’d want is to be drenched in… something. This concern is understandable, as such a smell could ruin the experience for the rest of the day for the soaked Guests and those around them.

Many users commented on this Reddit thread, stating that they have never had a similar experience while riding Jurassic Park River Adventure. It was also mentioned that while there is a possibility that the water may not be the cleanest, Universal makes sure it is clean enough for Guests.

However, Universal makes considerable efforts to keep its Parks in the best condition possible to provide Guests with the best experience on every visit.

Part of these efforts is making sure that their water attractions are safe for Guests, and much like Disney Parks, Universal uses bromine on these attractions. Bromine is better at killing bacteria than chlorine, safer when it comes in contact with skin and clothing, and has a smell much different from any other you would find in your everyday life, like pools.

While the smell of bromine may be what the unfortunate couple was referring to, they would have been able to perceive the scent right from the splash zone and not hours later, as they mentioned, and the source of the smell was probably something else.

Have you ever had a bad experience on water rides at Universal? Tell us about it in the comments below!