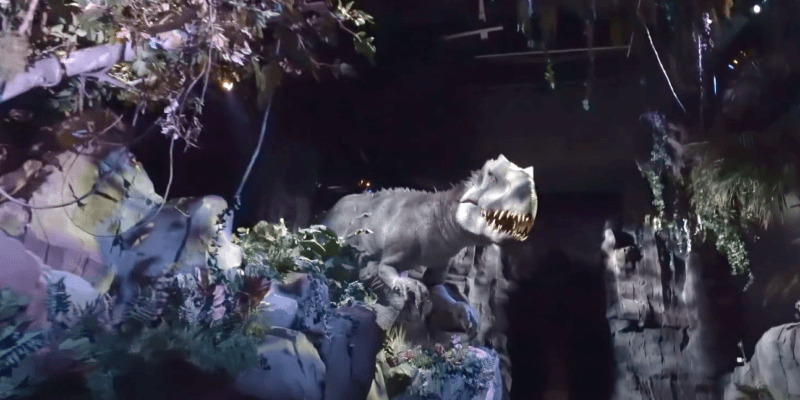 From the World-Famous Studio Tour to The Wizarding World of Harry Potter, Guests can choose their own adventure while visiting the Park, whether they decide to visit Springfield, try to escape from an ancient curse at Revenge of the Mummy – The Ride or fight alongside the Autobots on TRANSFORMERS: The Ride-3D.

At Universal Studios Hollywood, Jurassic World is one of the most popular franchises, drawing crowds of fans to interact with Blue the velociraptor and other dinosaurs from the franchise, enjoy meals and drinks for Guests with the appetite of a T-Rex, and of course, traveling to Isla Nublar though Jurassic World – The Ride.

While many would look forward to interacting with a dinosaur from the franchise, others prefer to stay away from the prehistoric creatures, though that wasn’t much choice for these Guests.

Jose, Baileigh, and Amber (@eat.sleep.parkhop) recently posted a video on TikTok where they share their terrifying experience as they got stuck right before the drop of Jurassic World – The Ride, getting a close and personal view of the franchise’s Indominus Rex. We’re not sure what is more terrifying, to be left hanging inches away from the 84 feet drop this ride has or seeing and hearing the enormous animatronic until the ride resumes.

Some viewers commented they don’t want to ride this attraction, much less get stuck on it, and that even though the animatronic is not a real dinosaur, it would still have them terrified. Many asked how long Jose, Baileigh, and Amber had been stuck in this nerve-wracking situation, but as of the publication of this article, no further information had been released either on their wait time or a possible ride evacuation.

Have you ever been stuck on a theme Park attraction or been evacuated from one? Let us know in the comments below!