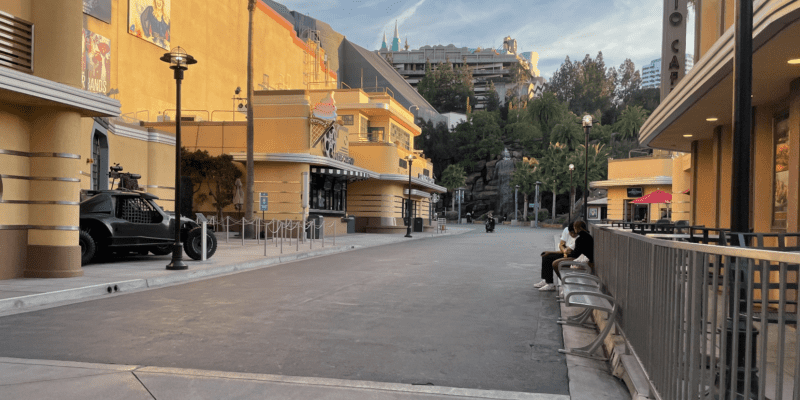 If you are a fan of Universal theme parks, you need to go to Universal Hollywood. Now.

We at Inside the Magic are big Universal fans. From the amazing coasters and attractions to the shows, stunning New York architecture, Halloween Horror Nights fun, and more, Universal is a top pick for many theme park fans. Although we love Universal Orlando Resort, being able to experience Universal Hollywood is a totally different experience.

First off, the theme park is a two-story adventure that lies on a cliff. Not too many Parks you can compare that to. Although there are a lot of similar aspects between the American Universal Parks in terms of attractions like Revenge of the Mummy, The Simpsons Land, and Transformers, there are a lot of differences. WaterWorld is a fantastic stunt show experience that has stood the test of time, Jurassic World The Ride is the upgrade Jurassic Park River Adventure Needs, Secret Life of Pets is fantastic and brightens up the New York section of the Park, there are a ton of Universal Monsters present (which we hope to soon see at Epic Universe), and the character interactions are the best I have ever experienced at a theme park.

Add the tram tour on that, and you have a real Hollywood set experience that seems priceless, included in your visit. Also, Super Nintendo World is rumored to open by end of year, which is exciting. Of course, that is speculative, as Universal has not yet made an announcement.

Aside from all of that, the best part was that Universal Hollywood is the opposite to Disneyland when it comes to crowds. We attended the Park for two days and were able to walk on every attraction, which was a breath of fresh air. Universal Hollywood is a much more local Park, much like Disneyland, but unlike Disney World and Universal Orlando, they are much farther apart from one another which may not cause too many Guests to cross-pollinate, but we are telling you that you should!

There are many shuttle services that will take you from Disneyland to Universal and back, as well as ride-share options so that your California vacation can only continue to be enhanced. Even on a busy day, the Park is walkable without dreaded crowds, making the experience a lot more relaxed and enjoyable.

At the time of this article’s publishing, masks are required both indoors and outdoors at Universal Hollywood. They may be removed when actively eating or drinking.

Have you ever visited Universal Hollywood? Do you plan to visit one day?