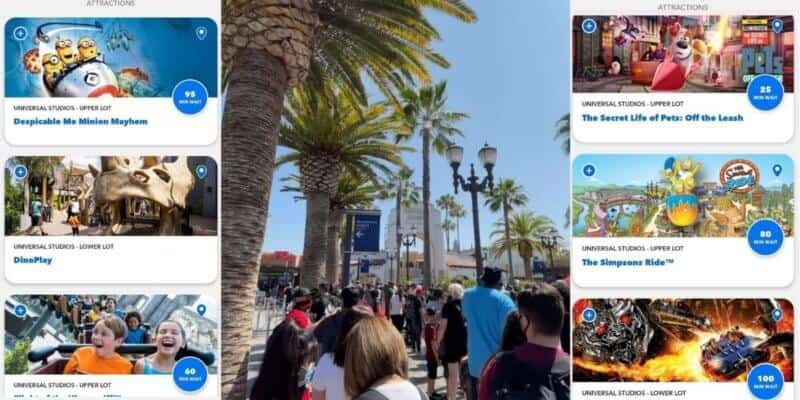 Universal Studios in Hollywood was a very popular theme park yesterday as Guests celebrated Memorial Day inside the park. As it is typical to see long wait times reaching over 100 minutes during a civic holiday, we did not expect to see the crowds increase the very next day and on a random Tuesday afternoon.

Universal fans are definitely excited about the Super Nintendo World expansion and for more space to be utilized as this could help with future crowd levels, but for now, Universal fans are emerging, and wait times are becoming more and more extreme than we have ever seen before in Universal Studios Hollywood. Here’s what’s happening today.

It seems many theme park fans decided to give themselves an extra day over the long weekend, as Tuesday crowds turn insane at Universal Studios Hollywood.

This afternoon, Universal fan Paul better known as @paulsthemeparkadventures on Instagram shared a video of the extremely long line of Guests waiting to get in. If you’re planning to visit today or in the near future, you might want to be aware that even though theme park capacity is still limited at %35, Universal Studios has become super popular even during a weekday as Paul states,

Just a heads up for anyone trying to visit Universal Studios Hollywood today.

Right now, wait times in Universal Hollywood are ranging anywhere from 50 to 100 minutes! Only two attractions, The Secret Life of Pets: Off the Leash and Kung Fu Panda Adventure stand at a minimum of 25 minutes.

One main reason this might be happening is due to the fact that Universal Hollywood is allowing out-of-state visitors to visit. As long as you can prove that you are completely vaccinated, you are welcomed inside! Californian residents do not need to present proof of vaccination to enter.

Please keep in mind that these wait times change drastically, so if you are planning to visit today or this summer, check the official Universal Studios Hollywood app for the most current wait times and information on rides and refurbishments!

Are you noticing more crowds in Universal Studios Hollywood recently? Let us know in the comments below!