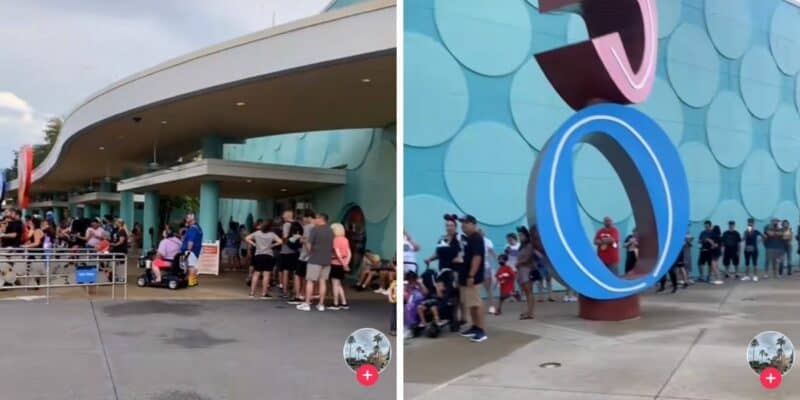 With the amount of families visiting the Most Magical Place on Earth, and with Disney World operating at a higher capacity than they were last year, seeing crowds at the theme parks isn’t too surprising; however, we understand how frustrating it can be waiting in lengthy lines, especially first thing in the morning when all Guests want to do is get to the Park they are planning to visit.

And that is exactly what happened to some Guests staying at Disney’s Pop Century recently.

A few days ago, Guests staying at Disney’s Pop Century were in for a surprise when they approached the Magic Kingdom bus stop in the front of the Resort hotel. Everyone wanted to get to Magic Kingdom as early as possible, resulting in the bus line to stretch through the Resort, extending to the front entrance.

You can see just how long the bus line was n the video below.

We have seen long transportation lines as of late, including for the Disney Skyliner, which stretched throughout Disney’s Pop Century Resort due to the number of Guests in line.

How long have you waited for a bus at a Disney Resort? Let us know in the comments below.