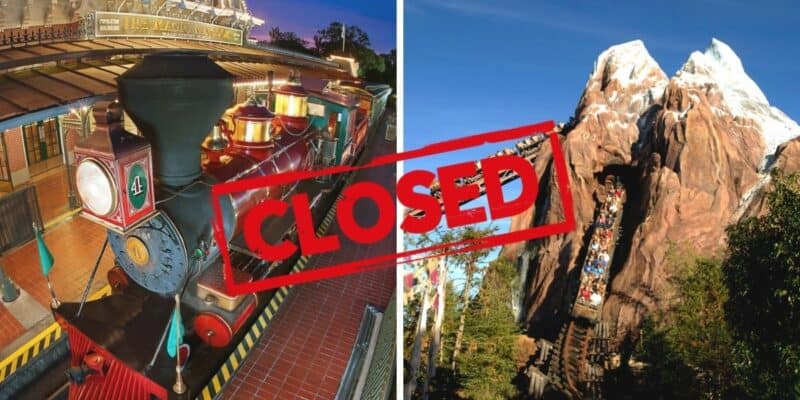 If you are planning a Walt Disney World vacation next month, April 2022, you should know that not every Disney Parks attraction or offering will be available as some are undergoing refurbishment.

Here is a list of the Walt Disney World attractions unavailable due to refurbishment for April 2022.

Please keep in mind that refurbishments are subject to change. Be sure to check the My Disney Experience app for the most up-to-date information on ride closures and refurbishments.

At this time, we do not know exactly what the refurbishment will entail; however, many are hoping to see the iconic yeti animatronic get fixed.

Many Guests love visiting the Souk-al-Magreb gift shop in World Showcase at EPCOT. Unfortunately, if you had plans to visit in March, the shop will remain closed.

According to the Walt Disney World refurbishment calendar on My Disney Experience, Souk-al-Magreb at EPCOT will be closed through April 23, 2022.

According to the Walt Disney World refurbishment calendar, Disney’s Blizzard Beach water park will remain closed for its regular refurbishment through March 12, 2022. However, we want to note that Park hours remain unavailable for the entire month of April.

The backstory of Blizzard Beach is that a one-time ski resort melted away into a watery wonderland — now, it is known as Blizzard Beach! You and your family can discover frosty fun while visiting this ice-filled water park located at Walt Disney World. Disney’s Blizzard Beach is filled with one-of-a-kind and unique attractions, fun for all ages. From the relaxing lazy river — Cross Country Creek — to the iconic Summit Plummet, there are a wide variety of experiences for everyone.

Are you visiting Disney World next month? Are you upset to see any of these attractions closed fo refurbishment? Let us know in the comments below.