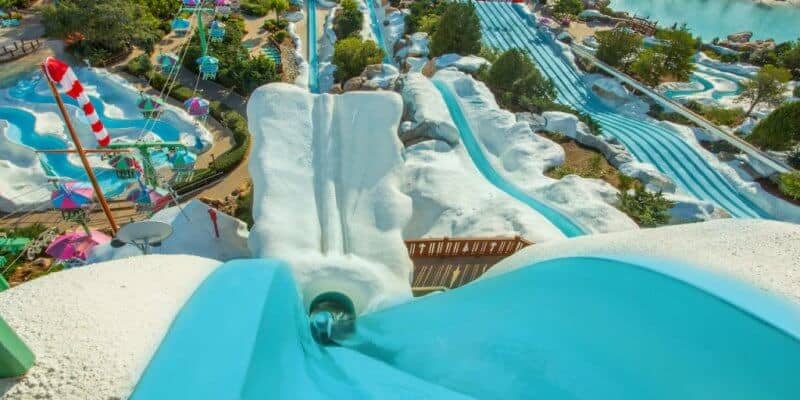 Though it was a mystery which Walt Disney World Resort water park would reopen first, Disney has confirmed that Blizzard Beach will be reopening on March 7, 2021!

This is fabulous news and it continues the phased reopening of the Walt Disney Resort. If you have a Walt Disney World vacation planned for 2021, get excited to revisit the water park. While we did know that one Disney water park would reopen first next year, we did not know which one. I guess you could say this was an early Christmas gift to Disney fans!

Here is what Disney Parks Blog had to say about the reopening of the water park,

The wait is finally over! Cast members will begin returning soon to prepare Disney’s Blizzard Beach for its scheduled reopening on March 7, 2021. First opened to the public on April 1, 1995, this spring will kick off Blizzard Beach’s 25th season. In honor of this exciting news – here are seven fun facts you may not have known about Disney’s wintry-themed water park.

If you have been following us here at Inside the magic then you know we have theorized Blizzard Beach would be the water park to reopen first at Walt Disney World. We have seen preparations being made at the water park that indicated it could reopen soon. There have also been indications that Disney was conducting testing at the wave pool located inside of Blizzard Beach. You can read more about that here.

That only leaves Typhoon Lagoon as the only park that will not be operating at Disney World. No word from Disney yet on when we could see Typhoon Lagoon open to Guests once again.

Are you excited to visit Blizzard Beach once again? Let us know in the comments!

We can help you book the perfect Disney World Vacation, click here for more details