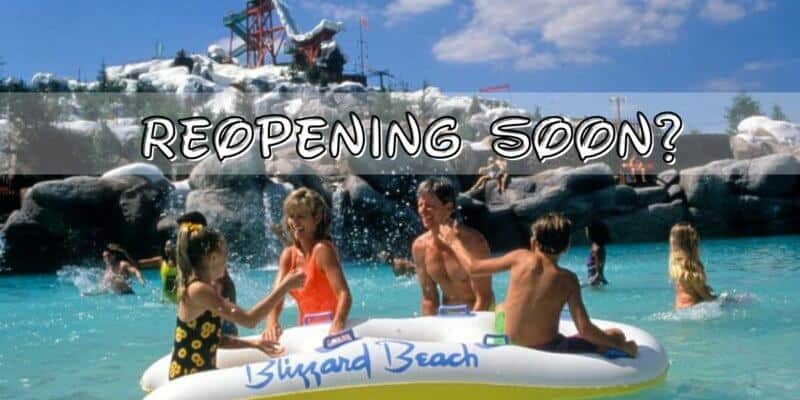 After the temporary closures of Orlando theme parks due to the pandemic, once Universal Orlando got the green light, they reopened its water park — Volcano Bay — along with its theme parks, on June 5. Bur Disney’s water parks did not.

On September 17, Disney announced both of their water parks at Walt Disney World — Disney’s Blizzard Beach Water Park and Disney’s Typhoon Lagoon Water Park — would remain closed until 2021. Disney did state they have plans to reopen one of the two water parks in March 2021.

After seeing Disney seemingly testing the wave pool and recently filing a permit for general construction at Blizzard Beach, it is now being speculated that this could be the one water park which reopens in March. Now, additional permits have been filed, which gives fans even more reason to believe Blizzard Beach could be preparing for reopening next spring.

Disney has filed for a total of five different permits, each for different attractions based inside Blizzard Beach:

At this time Disney has not yet stated which of the two water parks will reopen, but if Disney is currently filing for several construction permits at Disney’s Blizzard Beach, it could very likely be the one to reopen earlier next year. Inside the Magic will continue to update you as we get new information.

While Disney’s Blizzard Beach Water Park and Disney’s Typhoon Lagoon Water Park remain closed at this time, pending government approvals, we currently plan to reopen one of the two Disney water parks on March 7, 2021. We may adjust our proposed reopening date, and if that happens, we will let Guests know what to expect in a future update. View additional details.

Do you think Disney will reopen Blizzard Beach in March 2021? Let us know in the comments below.