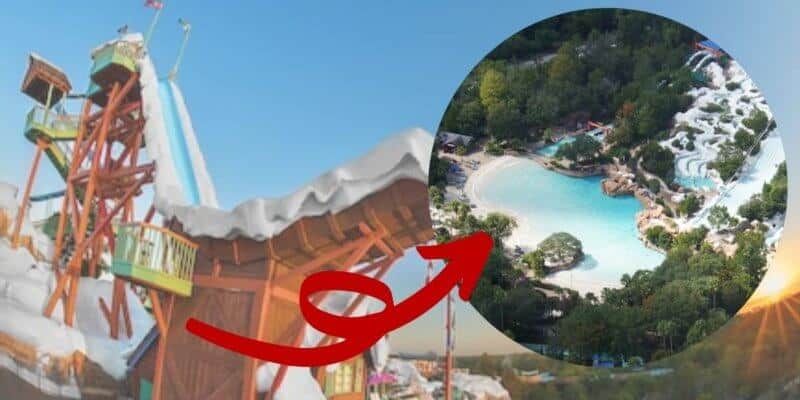 Though the Disney water parks are currently closed, it looks like some activity is still happening!

As many of you know, Universal Orlando has already reopened its water park — Volcano Bay — along with its theme parks, which all reopened on June 5. However, Disney did not follow in their footsteps and on September 17, Inside the Magic reported that Disney announced both of their water parks at Walt Disney World — Disney’s Blizzard Beach Water Park and Disney’s Typhoon Lagoon Water Park — would remain closed until 2021. Disney did state they have plans to reopen one of the two water parks in March 2021.

While Disney’s Blizzard Beach Water Park and Disney’s Typhoon Lagoon Water Park remain closed at this time, pending government approvals, we currently plan to reopen one of the two Disney water parks on March 7, 2021. We may adjust our proposed reopening date, and if that happens, we will let Guests know what to expect in a future update. View additional details.

Today, thanks to our friends over at @bioreconstruct, we are seeing photos that show the wave pool active at Disney’s Blizzard Beach Water Park.

In the Tweet below, you can see @bioreconstruct’s photo along with the caption, “Aerial view of Blizzard Beach. Look close, the wave pool has waves. Park closed since March due to pandemic.”

Aerial view of Blizzard Beach. Look close, the wave pool has waves. Park closed since March due to pandemic. pic.twitter.com/7GxaQOfwmC

At this time we aren’t sure which of the two water parks Walt Disney World plans to reopen in March 2021, but if Disney is currently testing the wave pool at Disney’s Blizzard Beach, it could very likely be the one to reopen earlier next year. Inside the Magic will continue to update you as we get new information.

What do you think of the waves spotted in the wave pool at Disney’s Blizzard Beach? Would you feel comfortable visiting the water parks at Walt Disney World when they reopen? Let us know in the comments.