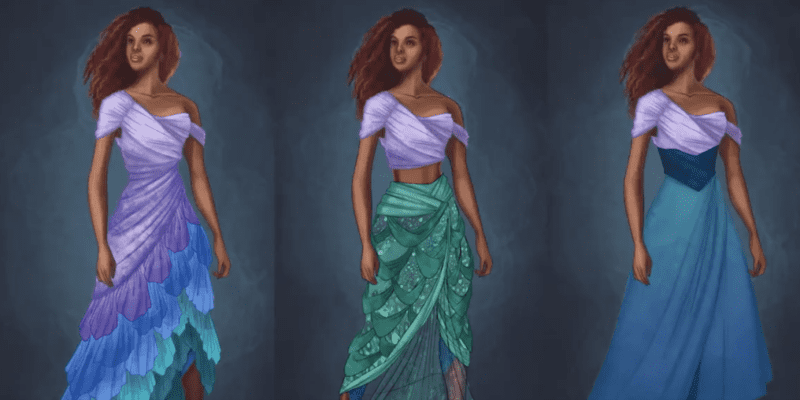 When it comes to Disney breaking the barriers of inclusivity, we can see that the company is striving towards creating a greater tomorrow where everyone can feel that they belong.

Recently, Disney has been under the spotlight after not commenting on Florida’s new “Don’t Say Gay” bill for so long. After massive outcries from fans, Disney CEO Bob Chapek finally addressed the issue head-on at Disney’s annual shareholder’s meeting where he announced the company would be donating $5 million to the Human Rights Campaign. The Human Rights Campaign stated they would not accept the donation, as they believed The Walt Disney Company was not acting in a “meaningful” way.

We have started to see iconic Disney characters that have been presented as Caucasian for years such as Ariel from The Little Mermaid and Tinker Bell from Peter Pan be cast by Halle Bailey and Yara Shahidi, two Black actresses for the live-action recreations of the story, but when it comes to the Parks, the princesses we meet are often reflective of their cartoon creation.

Now, on the Disney Wish, it seems that the new The Little Mermaid musical may be looking to cast an actress of color to play Ariel. This would be the first time we have seen a Disney performer who is representing a princess in the Parks or on the Disney Cruise Line break from the stereotype that we have seen for years, if Disney does proceed to cast an actress of color as their concept art indicates. We have, however, seen Disney on Broadway break these boundaries in the past with shows like Frozen.

To see a first look at the new show, click here.

Disney’s The Little Mermaid will feature innovative theatrical design, dazzling special effects, artistic choreography, and a reimagined script and score that will surprise and delight guests of all ages. “Under the Sea” will be the show’s biggest production number, complete with incredible vocals, show-stopping choreography and plenty of special effects.

Disney Parks shared a video of all the new shows coming to the Wish.

A talented team of Walt Disney Imagineers and Disney entertainment extraordinaries take you “behind the curtain” of the Walt Disney Theatre on the Disney Wish, featuring never-before-seen concept art and footage from the development process. Read more: http://spr.ly/6012KYrmY

A talented team of Walt Disney Imagineers and Disney entertainment extraordinaries take you “behind the curtain” of the Walt Disney Theatre on the Disney Wish, featuring never-before-seen concept art and footage from the development process. Read more: https://t.co/OuW5Q8OiiB pic.twitter.com/d9N1lLohmC

More on the Disney Wish

The ship will be flooded with activities and areas to explore, just as amazing as the suite itself! Captain Minnie and Mickey Mouse will greet you. On top of that, Guests can team up with Moana to navigate their canoes beyond the reef, helping Tiana cook up the perfect pot of her father’s favorite gumbo, summoning Tinker Bell to give the Disney Wish an extra dash of pixie dust and diving into the East Australian Current (EAC) with Nemo and friends. Check out more of the offerings below!

More on Disney’s Mission of Inclusivity

What do you think of Disney’s potential decision to be more inclusive with their casting?