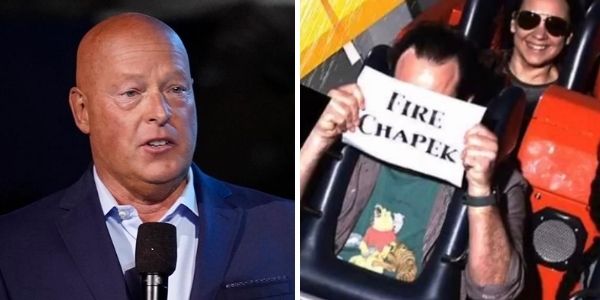 While how the CEO of a company does their job, especially Disney, may not matter to everyone, a lot of Disney fans have voiced their opinions and concerns when it comes to Chapek. Some Guests would say they don’t approve of Chapek, as they see him as more profit-focused than an imaginative and exciting visionary. However, Chapek has come out saying he does not like being called a “cost-cutter” and does not see himself as one. Regardless, many Disney Guests just do not approve of Bob Chapek’s approach to the Disney Parks, with a petition to remove him gaining a lot of traction recently.

Chapek also found himself surrounded with controversy and backlash after refusing to denounce Florida’s “Don’t Say Gay” bill last week. After massive outcries from fans, Chapek finally addressed the issue head-on at Disney’s annual shareholder’s meeting where he announced the company would be donating $5 million to the Human Rights Campaign.

This may have stopped the situation from growing into a bigger problem, but the Human Rights Campaign stated they would not accept the donation, as they believed The Walt Disney Company was not acting in a “meaningful” way.

It’s safe to say that controversy surrounds Chapek no matter where he or Guests go, and recently, one Guest showed their disapproval of the CEO in a very creative way.

As you can see, one “passionate” Guest showed their distaste for the CEO while on Disneyland’s Incredicoaster with a sign reading “Fire Chapek”.

This isn’t even the first time we’ve seen public displays of disapproval for Chapek, with another Guest holding a sign during the runDisney event last year. While controversy will always continue for the CEO, Chapek is going full steam ahead, with big projects like Star Wars: Galactic Starcruiser, the new Guardians of the Galaxy ride opening this year as well as the exciting new TRON roller coaster hopefully coming this year as well.

How do you feel about Bob Chapek? Let us know in the comments below.