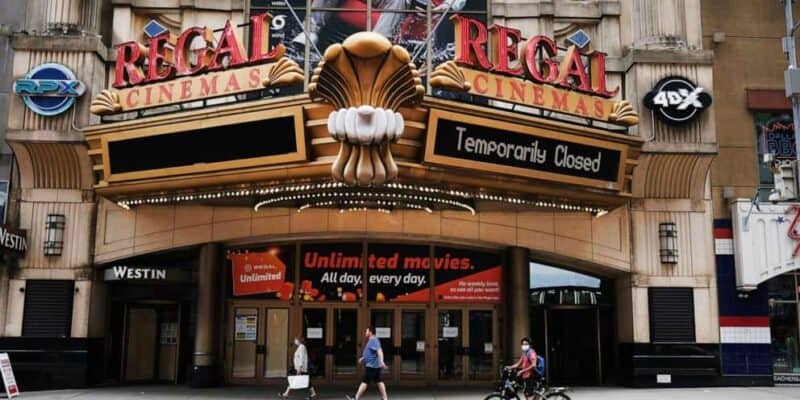 Regal Cinemas, a large movie theater chain that has “6,885 screens in 514 theatres in 42 states along with American Samoa, the District of Columbia, Guam and Saipan”, has sued its insurers for “hundreds of millions” of dollars in losses throughout the ongoing COVID-19 pandemic.

Per a recent NBC 4 Los Angeles article about the situation:

The report went on to share details from Regal Cinemas’ lawsuit, which states, “Regal has sustained hundreds of millions of dollars in financial losses since March 2020 as a result of the COVID-19 pandemic, including lost ticket sales, concession sales and extra expenses.”

The theater chain has also alleged that they have continued to sustain losses due to staffing shortages as the highly contagious Omicron variant has surged throughout the United States.

According to the lawsuit, the insurers denied Regal’s claims in both September and October 2020, and their “refusal to cover Regal’s losses lacks any justifiable basis.”

Regal is not the only theater chain to suffer as a result of the ongoing COVID-19 pandemic. During lockdown in 2020 and into 2021, theater giants like AMC and Cinemark also struggled, with AMC even selling stock to stay afloat.

And, sadly, many locally owned movie theaters throughout the United States were even forced to close their doors permanently.

Now, however, it seems the tide may be turning for theaters, particularly when it comes to major blockbusters like Marvel Cinematic Universe films. When Tom Holland and Benedict Cumberbatch’s Spider-Man: No Way Home debuted on December 17, 2021, it was the “best opening night of all time” for Cinemark.

“Needless to say, we are ever so happy to see a record-setting number of people returning to the cinema to capture the magic offered at AMC movie theatres. Yesterday for its opening night [Thursday showings], we hosted some 1.1 million guests to watch Spider-Man: No Way Home at our U.S. theatres. Our congratulations go to Sony Pictures for this wonderfully successful new movie.”

As for Regal Cinemas’ lawsuit, no ruling has been issued at the time of publication.

Stay tuned to Inside the Magic for the latest movie news.