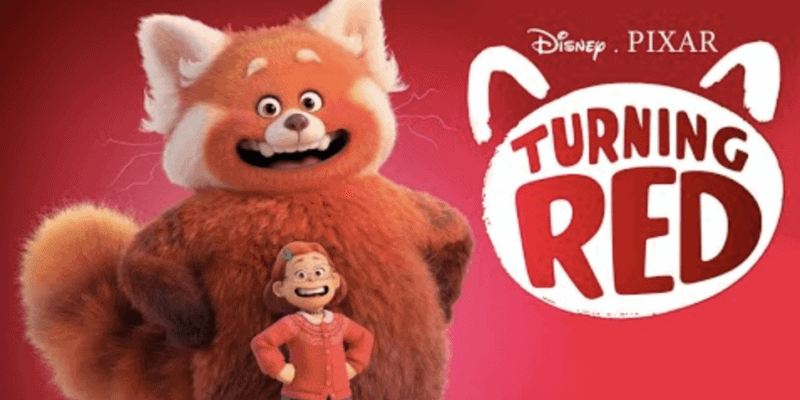 A press release from Disney+ Media Relations today dropped the news that Disney PIXAR’S Turning Red will abandon its plans for a regular theatrical release and head straight to Disney+ in the United States. Out of an abundance of caution due to the surge in the spread of the COVID-19 Omicron variant, Disney and Pixar have opted for a pandemic-friendly streaming release. Lucasfilm, another Walt Disney Company subsidiary, also recently delayed The Book of Boba Fett live premiere for similar reasons. Turning Red is still slated for a Friday, March 11, 2022, nationwide release.

The PIXAR film, Turning Red follows a confident, yet dorky 13-year-old girl named Mei Lee. Mei has an overbearing mother, and her interests are changing, her body is growing and whenever she gets too excited (just about every moment of her teenage life) she turns into a giant red panda.

Turning Red was billed by Disney as the first”normal” wide-releasing theatrical film. It was hoped to be a more normal movie-making time, yet the pandemic issues have plagued the entertainment and hospitality industries. Disney’s press release discussing the Disney+ release reads as follows,

“Disney+ subscribers around the world enthusiastically embraced Pixar’s Academy Award-winning ‘Soul’ and the critically-acclaimed “Luca” when they premiered exclusively on the service and we look forward to bringing them Pixar’s next incredible feature film ‘Turning Red’,” said Kareem Daniel, Chairman, Disney Media & Entertainment Distribution. “Given the delayed box office recovery, particularly for family films, flexibility remains at the core of our distribution decisions as we prioritize delivering the unparalleled content of The Walt Disney Company to audiences around the world.”

Disney and Pixar’s “Turning Red” introduces Mei Lee (voice of Rosalie Chiang), a confident, dorky 13-year-old torn between staying her mother’s dutiful daughter and the chaos of adolescence. Her protective, if not slightly overbearing mother, Ming (voice of Sandra Oh), is never far from her daughter—an unfortunate reality for the teenager. And as if changes to her interests, relationships and body weren’t enough, whenever she gets too excited (which is practically ALWAYS), she “poofs” into a giant red panda! Directed by Academy Award® winner Domee Shi (Pixar short “Bao”) and produced by Lindsey Collins “Turning Red” releases on March 11, 2022.

It should be noted that in international markets where Disney+ is not yet available, Disney plans to release the film in theaters, with release dates yet to be announced.  You can see more of what you can expect from Mei in Turning Red’s official trailer:

Previous PIXAR films, such as Luca (2021),  also abandoned plans to release theatrically, which caused quite a stir, since PIXAR’s computer animators were essentially promised a theatrical release. Fans certainly wanted to see the film on the big screen but were denied that opportunity, as well. We’ll see if Disney continues to see a more lucrative angle in digital releases rather than theatrical releases with future films.

Did you want to see Turning Red in theaters? Or do you enjoy Disney+ releases? Leave us a comment below!