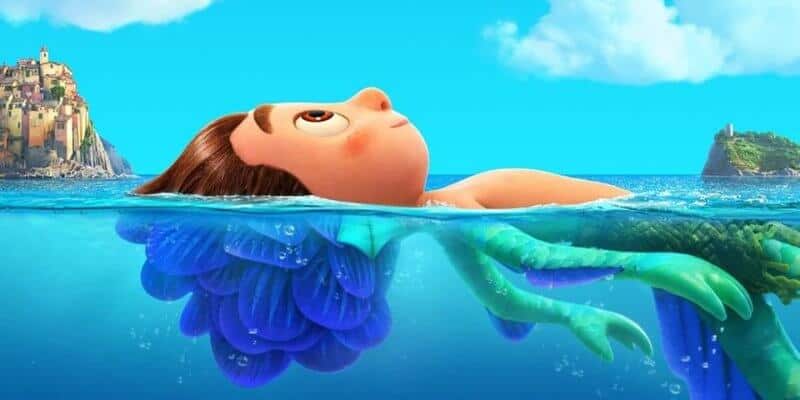 Last year, Walt Disney Studios and Pixar announced their 23rd motion picture together — Luca. And more recently, Disney has confirmed that Pixar’s Luca will stream exclusively on Disney+ on June 18 — free of charge!

Ever since the pandemic, Disney has decided to go a different route with select films and release them to theaters and to Disney+ as part of Premier Access for an added fee. We saw this happen with the live-action Mulan, Raya and the Last Dragon, and most recently, Disney’s live-action Cruella.

However, for the first time, Disney has announced that with the upcoming Pixar film, Luca, Disney will release it straight to Disney+ — not part of Premier Access, meaning with no additional fee! This is in keeping with how Disney-Pixar’s Soul was released in December 2020 — fans could also watch that Oscar-winning movie without paying for the Premier Access tier.

Now, fans are upset that Luca will not hit theaters and will be going straight to Disney+ with no charge. In fact, a petition has started not too long ago on change.org which has already gathered several hundred signatures.

Luca is Pixar’s newest feature film. Enrico Casarosa has spent a long time on this film, his directorial debut after working for Pixar since 2002. There are hundreds or thousands of names of people behind this project that are hurt and angry over the decision to move it from theaters to Disney+ for no additional charge.

The people want Pixar back in theaters. Pixar wants Pixar back in theaters. Pete Doctor is frustrated at Disney for their selfish decision to keep their films in theaters while treating Pixar like garbage. We will not let Disney be a dictator forcing Pixar to go under. Pixar needs this release for the money they have put into it. They created this film with the concept that it will be watched in theaters. It goes against what their plans were to have the audience watch it on a phone; you cannot properly enjoy this art without the surround sound of a theater and the giant screen. Please share this petition for the sake of saving Luca! They have done this to Soul and we let it slide. But no more!

Disney, give us Luca and Pixar back!!

If you want to sign the petition, visit change.org here.

In case you are not familiar, the official synopsis of Luca reads:

Set in a beautiful seaside town on the Italian Riviera, the original animated feature is a coming-of-age story about one young boy experiencing an unforgettable summer filled with gelato, pasta and endless scooter rides. Luca shares these adventures with his newfound best friend, but all the fun is threatened by a deeply-held secret: he is a sea monster from another world just below the water’s surface.

Luca will hit Disney+ on June 18. If you are not yet signed up for the streaming service, you can get started here.

Do you want to see Luca hit theaters? Let us know in the comments below.