Fans "Fix" Amazon's 'Lord of the Rings,' Adds Beard to Controversial Female Dwarf - Inside the Magic 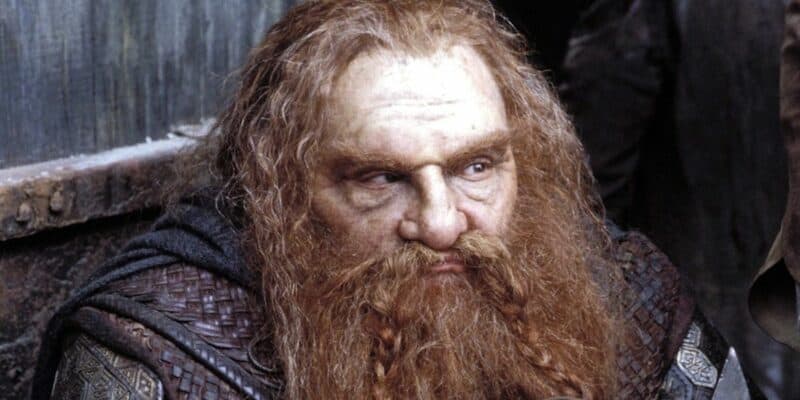 Amazon’s The Lord of the Rings: The Rings of Power streaming series just blew up the internet with exclusive photos of a female dwarf queen with no beard. After a flurry of controversy, some fans have “fixed” the issue, receiving praise from many.

The Lord of the Rings: The Rings of Power aired their official teaser trailer during Super Bowl, LVI, generating a fury of controversies concerning the ethnicities of new elvish creatures to the Dwarven Princess Disa — played by British actress Sophia Nomvete — for the female dwarf reportedly NOT having a beard.

In the wake of the Twitter wars, some Rings fans fixed this Amazon Studios’ issue on Instagram:

A post shared by Lord of The Rings Series (@lord.of.the.rings.series)

What is this? A beardless dwarf and a shorthaired elf [Elrond]? No sir. All dwarves male and female have beards. All Elven have lang braided hair

What is this? A beardless dwarf and a shorthaired elf? No sir. All dwarves male and female have beards. All Elven have lang braided hair#TheRingsOfPower

Looking at these Tweets, it’s inferred that no one has an issue with actress Sophia Nomvete taking the crown as Dwarven Princess Dira, but how Amazon interpreted the first female dwarf raises eyebrows.

Not to fear, some Photoshop-savvy fans added a beard to Sophia Nomvete’s dwarven princess, receiving praise from most Tolkien fans on social media.

According to The Lord of the Rings lore/canon (which isn’t exactly like Star Wars “canon”), J.R.R. Tolkien himself described female dwarfs as having beards.

According to author Tolkien, ancient dwarvish folk was so alike that they were often considered a male-only race.

In The Lord of the Rings: The Two Towers (2002), legendary dwarf Gimli, Son of Glóin, reveals to Éowyn (Miranda Otto) and Strider/Aragorn (Viggo Mortensen) that dwarf-women are often mistaken for men:

It’s true you don’t see many dwarf women. And in fact, they are so alike in voice and appearance, that they are often mistaken for dwarf men.

Aragorn then replies: “It’s the beards.”

These established ideas of a dwarf female mentioned on-screen in The Two Towers support the opinion of many LOTR fans that every female dwarf in the world of Tolkien should sport a beard.

It is worth mentioning that the first live-action appearance of a female dwarf occurred in The Hobbit: An Unexpected Journey (2012). Director Peter Jackson saw it fit to include facial hair to this character, but something will inadvertently change this September when The Rings of Power debuts on Prime Video.

The $1 billion series is set to focus on the rise of the Dark Lord Sauron as he forges the One Rings (Ring of Power), the historic alliance between Elves and Men (that transcended the entire franchise), the island of Númenor/Westernesse, as well as a look into Khazad‐dûm/Moria before the dwarven kingdom fell to hoards of goblins and the deadly Balrog/Durin’s Bane. On top of that, Amazon filmed in New Zealand, keeping that Middle Earth look that Academy Award-winning director Peter Jackson masterfully captured in his

This series features a relatively unknown cast of lead and supporting actors that are set to play some of the most formative names in Elrond (Robert Aramayo), Prince Durin IV (Owain Arthur), and Lady Galadriel (Morfydd Clark) — replacing Cate Blanchett as the Lothlórien queen.

New characters like silvan elf Arondir (Ismael Cruz Córdova) and Cole (Maxim Baldry) have been created specifically for the series:

Do you feel that female dwarfs should have beards in The Lord of the Rings? Let us know in the comments below!