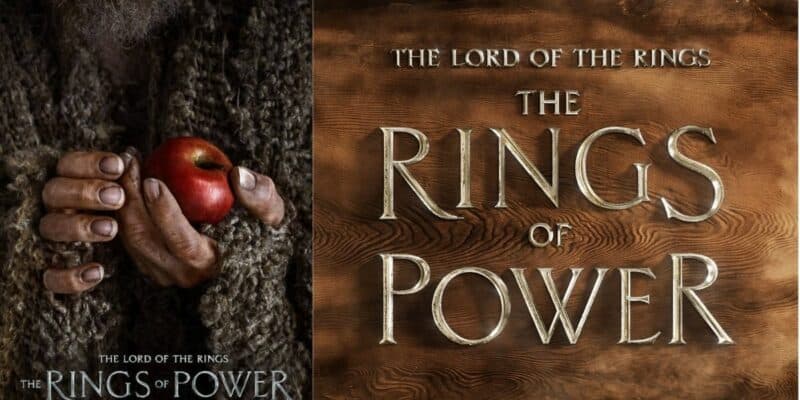 This year will see the arrival of one of television’s most ambitious projects ever. Set aside your amazement at blockbusters from the Star Wars and Marvel Cinematic Universe franchises because Amazon Prime Video’s The Lord of the Rings: The Rings of Power is set to blow them out of Pelennor Fields.

Jeff Bezos’ foray into the high-fantasy genre will see the media giant firmly place his stake in the ground as a leading contender in TV streaming. Prime Video has some big draws, yes, but as other streamers like Netflix, HBO Max, and Disney+ bolster their content at an alarming rate, with the latter, of course, owning some of the world’s biggest franchises, it stands to reason that The Lord of the Rings: The Rings of Power needs to land. And it needs to land hard.

It is just a shame that the team behind the Tolkien Amazon adventure is already defending its vision.

When in 2017, tensions between Warner Bros. and JRR Tolkien’s estate simmered, the first whispers of a potential Lord of the Rings television series began to emerge. It would be Bezos’ Amazon corporation that would buy out the global television rights for a new fantasy series, beating the likes of Netflix and HBO. This came after the then-CEO ordered Amazon Studios to develop a television project akin to HBO’s Game of Thrones.

$250 million later, Amazon closed a deal on the Lord of the Rings series in November 2017 and will exclusively work with the Tolkien Estate and Trust, New Line Cinema, and HarperCollins to bring Middle-earth to the small screen. The deal stipulated certain restrictions and also a deadline that production must start within two years. It did, and five years later, fans will finally be watching The Lord of the Rings: The Rings of Power this fall on Amazon Prime Video.

The $1 billion series is set to focus on the Second Age of Middle-earth, bringing stories like the forging of the Rings of Power — of which the series title finds its namesake –, the rise of the Dark Lord Sauron, the tentative alliance of Elves and Men, and the island of Númenor. There won’t be a hobbit or a wizard insight according to series officials, as these “weren’t major players in the Second Age”, but The Rings of Power will reveal the past of other formative characters like Elrond and Galadriel.

Thus far in the onscreen world of Middle-earth — namely the blockbuster, Academy Award-winning franchise from Peter Jackson –, fans have come accustomed to the Frodos and the Bilbos and the Gandalfs of the fantasy universe, but here, in The Rings of Power, new and old, and diverse characters, will come together to tell all-new stories.

When first snapshots of the Rings of Power cast emerged online, the creative team behind the Amazon series was blasted for their inclusion of diverse characters within Tolkien’s world. The complaints were utterly bizarre in nature, and now, in a new profile for the Lord of the Rings series from Vanity Fair, the team has firmly addressed the issue.

“It felt only natural to us that an adaptation of Tolkien’s work would reflect what the world actually looks like,” says Lindsey Weber, executive producer of the series. “Tolkien is for everyone. His stories are about his fictional races doing their best work when they leave the isolation of their own cultures and come together.”

Some of the cast members in question include “a silvan elf named Arondir, played by Ismael Cruz Córdova, who will be the first person of color to play an elf onscreen in a Tolkien project.” Córdova’s Arondir “is involved in a forbidden relationship with Bronwyn, a human village healer played by Nazanin Boniadi, a British actor of Iranian heritage” — their love story will be just one of the Amazon series’ original storylines. After all, The Rings of Power, unlike Jackson’s LOTR movies and The Hobbit franchise, is not adapted from any singular source.

Rings of Power will also involve “a Brit of Jamaican descent, Sir Lenny Henry, [who] plays a harfoot elder, and Sophia Nomvete has a scene-stealing role as a dwarven princess named Disa—the latter being the first Black woman to play a dwarf in a Lord of the Rings movie, as well as the first female dwarf.”

Vanity Fair goes on to profile more sentiments from those connected to the legacy of Lord of the Rings:

“Obviously there was going to be push and backlash,” says Tolkien scholar Mariana Rios Maldonado, “but the question is from whom? Who are these people that feel so threatened or disgusted by the idea that an elf is Black or Latino or Asian?”

Ron Ames and Christopher Newman are producing the series, which was filmed in LOTR‘s familiar New Zealand, for Amazon Studios. Patrick McKay will serve as showrunner for the first season of the epic story. JA Bayona has been tapped to direct two episodes, with Wayne Che Yip helming four, and Charlotte Brändstrōm directing the remaining two.

More on The Lord of the Rings: The Rings of Power

According to Amazon Studios, the upcoming billion-dollar multi-season series will take viewers thousands of years before the events of The Hobbit and LOTR. They describe the series as:

Beginning in a time of relative peace, the series follows an ensemble cast of characters, both familiar and new, as they confront the long-feared reemergence of evil to Middle-earth. From the darkest depths of the Misty Mountains, to the majestic forests of the elf-capital of Lindon, to the breathtaking island kingdom of Númenor, to the furthest reaches of the map, these kingdoms and characters will carve out legacies that live on long after they are gone.

The Lord of the Rings: The Rings of Power will exclusively debut on Amazon Prime Video on September 2, 2022.

Are you looking forward to the new Middle-earth series from Amazon Studios? Let us know in the comments down below!