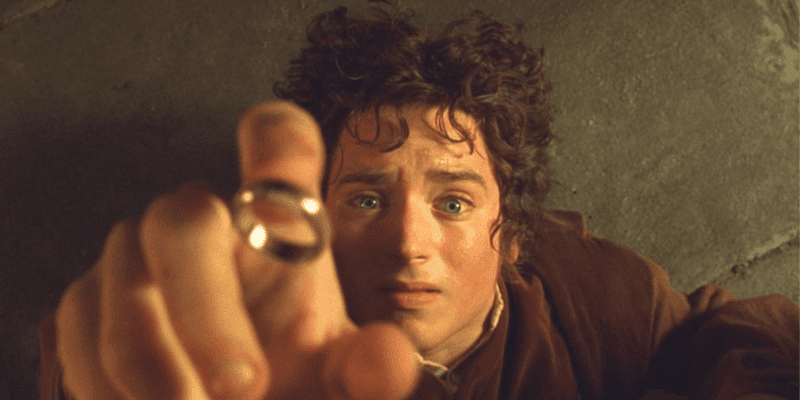 We know Jeff Bezos’s pockets are deep, but not $465 million deep for just the first season of Amazon’s upcoming The Lord of the Rings series!

The Lord of the Rings novel and film franchises are some of the most beloved in history. 20 years later, fans rewatching Peter Jackson’s movies still feel like they’re watching the adventures of Gandalf, Legolas, and Frodo unfold for the first time.

Author J.R.R. Tolkien’s work will forever live on as one of the greatest pieces of fantasy literature. It’s not every day you’re swooped into a fantastical world that feels so real yet lives on the pages of a book. The dream of living in Middle-Earth is slowly becoming a reality as fans urge theme parks to build a real-life Shire and Bag End from The Hobbit.

Now, Amazon’s pursuing this Middle Earth dream like Gollum pursues dark lord Sauron’s ring with their upcoming The Lord of the Rings series.

It’s reported that season one of the Rings series is costing the company a whopping $465 million!

In the last decade, streaming services like Netflix and Hulu have become more popular than cable TV and reshaped Hollywood production entirely. Never before had a company like Netflix (that doesn’t run ads) poured millions of dollars to invest in “original content,” an unheard-of term before 2013. That content grew into award-winning series including Stranger Things and The Crown.

Now, streaming platforms like HBO Max, Apple TV+, and Disney+ have jumped on the bandwagon.

According to Insider, it was reported that Season One of The Mandalorian on Disney+ cost the Mouse House around $100 million — about $12.5 million per episode.

“But it’s still less expensive than the Disney Plus Marvel shows that are in development. ‘The Falcon and the Winter Soldier,’ ‘WandaVision,’ and ‘Hawkeye’ each cost $25 million an episode, according to THR. Variety had previously reported that the shows would be six to eight episodes long, so each series could cost between $150 million and $200 million.”

Related: Chewbacca or Other Wookiees May Appear in ‘The Mandalorian’

Still, the galaxy of Din Djarin flying around in his Razor Crest from the Empire (The Mandalorian) or little old Westview, NJ being hijacked by an emotionally torn Avenger (WandaVision) cost less combined than one season of Amazon’s The Lord of the Rings original series.

This news comes from The Hollywood Reporter, after the New Zealand Minister for Economic Development and Tourism shared:

“What I can tell you is Amazon is going to spend about $650 million (NZ) in season one alone. This is fantastic, it really is… This will be the largest television series ever made.”

The Hollywood Reporter shared that one season of The Game of Thrones reportedly cost $100 million to produce. Quadruple that figure, and it’s mind-boggling trying to fathom what Amazon has planned for the new Lord of the Rings show, which will cost $465 million USD.

Avengers: Endgame (2019) is reported to be the most expensive movie ever made at around $350 million. The film shattered global box office records and grossed over $3 billion in under half a year.

Assuming that season one of Amazon’s The Lord of the Rings series has eight to ten episodes clocking in anywhere from 45 minutes to 1 hour, that’s about $52 million per episode! It seems that Amazon is ambitiously making a mini-movie with each episode — which is awesome!

In 2019, Apple revealed that their series The Morning Show starring Jennifer Aniston and Reese Witherspoon would reportedly cost $300 for two seasons — not just one!

Star Wars and The Lord of the Rings have a few things in common, but their budgets are not one of them!

The Mandalorian is one of the most popular shows in streaming history. The original series has spawned numerous spin-off projects centered around prominent Star Wars characters. Star Wars fans are loyal and can wait (impatiently) for years until new content for the Skywalker Saga and beyond. Despite not receiving a $465 million budget, the production level for both seasons is out of this galaxy.

LOTR fans have waited nearly a decade for brand-new content. Much like Sauron’s fastness, production on future Lord of the Rings projects came to a close after Peter Jackson wrapped up his The Hobbit trilogy in 2014. However, Mount Doom is rumbling once more with the new Rings TV series, and fans are ready.

There’s little information surrounding what aspect of Tolkien’s work this show will focus on, — like seeing the first King of Gondor or events from The Silmarillion — but it seems that Amazon has something massive planned. The budget for one of their episodes could produce George Lucas’s Star Wars: Episode IV – A New Hope (1977) nearly five times!

It’s reported that the budget for the entire The Lord of the Rings film series is around $280 million. Return of the King (2003) alone grossed over $1 billion, but considering Prime Video does not run advertisements on their platform, no one is certain how Amazon will bounce back from a near $500 million investment for one season.

While there is little information about the series, it’s reported that evil Sauron and the ruling ring will not be present. We’re still not sure who our hero will be this time around Hobbiton, but it’s safe to say Elijah Wood and company sadly won’t be returning. Not to worry — there’s still so much to be told about Middle Earth!

Nonetheless, the high level of production promises that fans will see in Amazon’s The Lord of the Rings show (and whatever perilous quest the production team decides to take us on) will redefine how we go about watching the series. The VFX and technology used for the original series will surely be groundbreaking and hopefully help further Tolkien’s work to future generations.

What do you think about Amazon’s LOTR show? Let us know in the comments below!